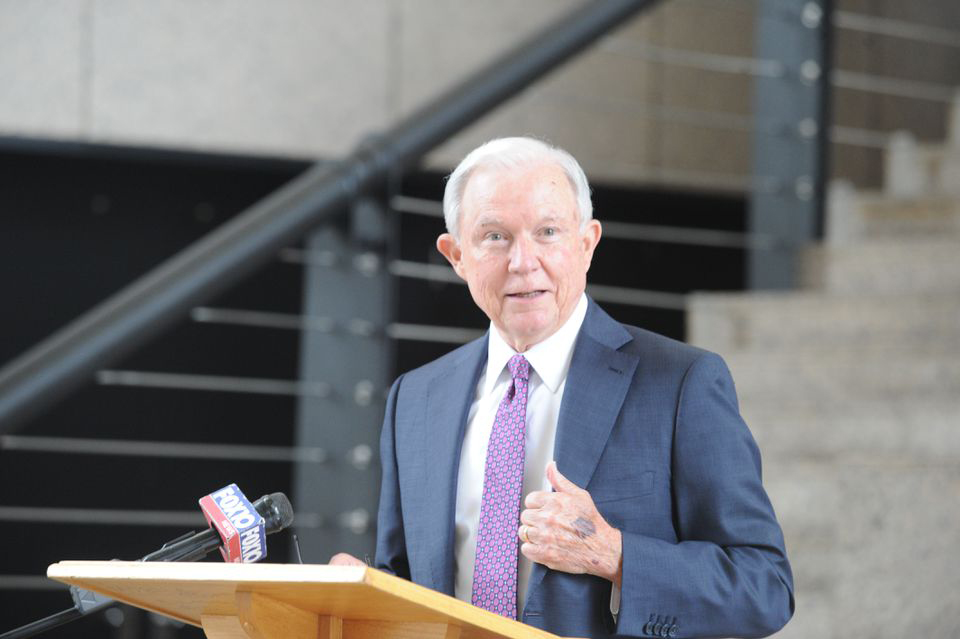 Former U.S. Attorney General Jeff Sessions, who is a Republican candidate for the U.S. Senate in 2020, speaks during a news conference on Monday, June 22, 2020, at Mobile's Government Plaza.

Tuberville, 65, beat Sessions in Tuesday’s Republican runoff as Sessions fell short in his attempted comeback for a seat he held for two decades before resigning to become Trump’s attorney general in 2017.

Familiar to Alabamians from his decade as Auburn University’s head football coach, Tuberville won about 60% of the vote, according to unofficial returns, and is now positioned for a robust challenge against Democratic U.S. Sen. Doug Jones. With Alabama’s strong GOP tilt, the seat is likely Republicans’ best chance for a pickup as they try to maintain their thin Senate majority amid Trump’s lagging popularity nationally.