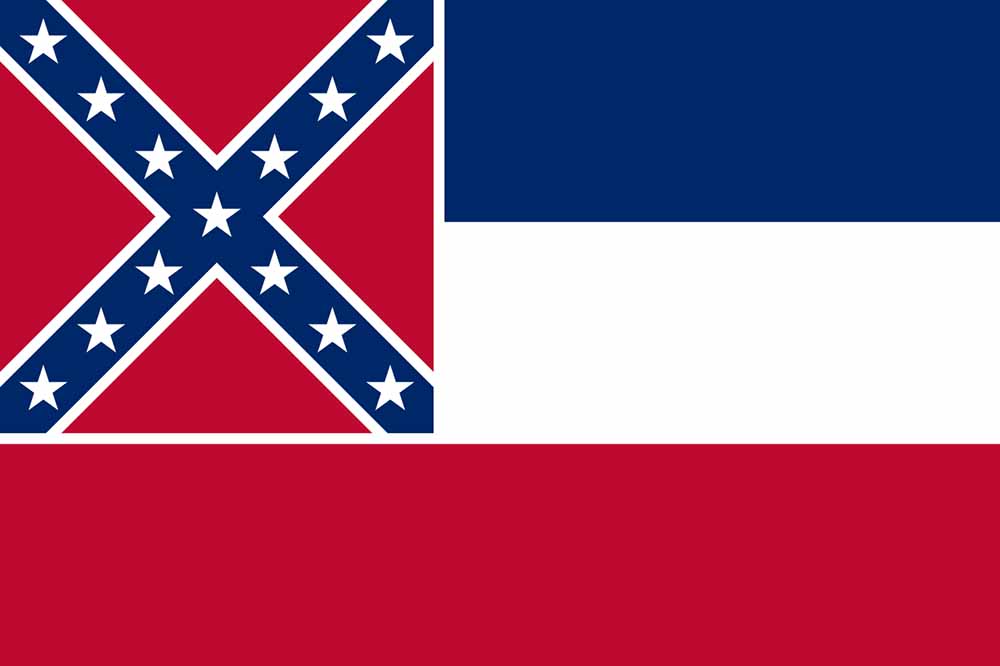 Mississippi rebel-themed flag will fade away

JACKSON, Miss. (AP) — The Mississippi flag is fading from public display in many places, even before the governor signs a bill that will retire the last state banner in the U.S. that includes the Confederate battle emblem.

A broad coalition of legislators passed the landmark bill Sunday  after a weekend of emotional debate. On Monday, a U.S. flag fluttered outside the state Supreme Court building and a pole for the state flag stood vacant. Several local governments also furled the 126-year-old state banner.

“In the middle of a pandemic, we — the legislators of the state of Mississippi — decided that it was past time to remove the flag,” Democratic state Rep. Oscar Denton of Vicksburg said Monday as he stood on the Capitol steps with other Legislative Black Caucus members.