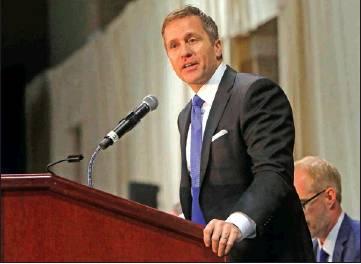 Missouri Gov. Eric Greitens, who once aspired for national office, has announced he will resign after months of swirling controversy surrounding an extramarital affair and subsequent investigations about his campaign finances.

Greitens said Tuesday afternoon from his office in Jefferson City that he will step down at 5 p.m. on Friday. The move will elevate Lt. Gov. Mike Parson, a former Republican state lawmaker, to the governors office.