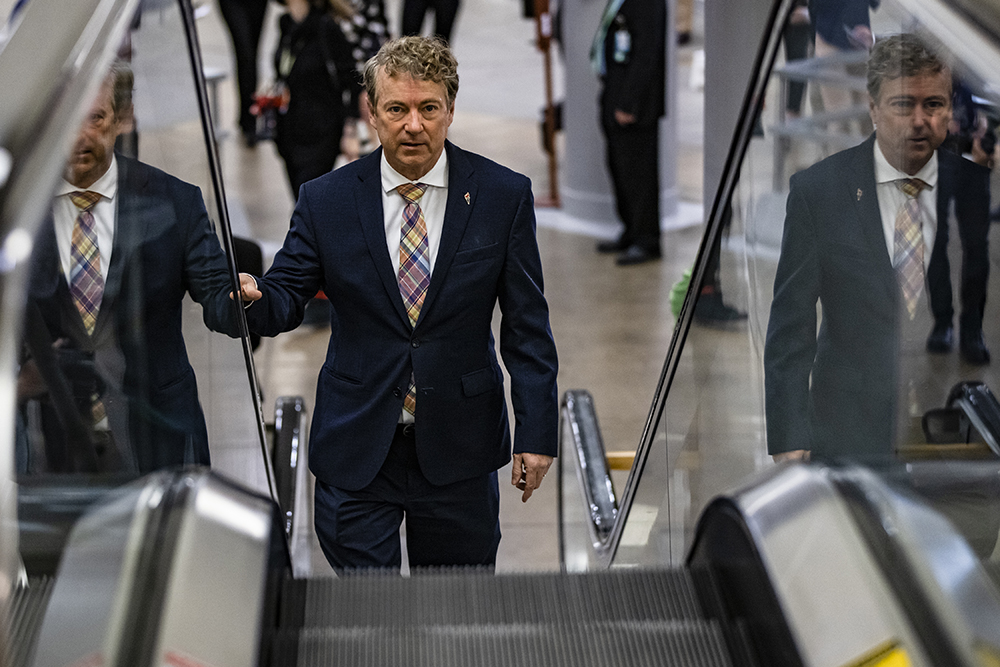 Kentucky's junior senator is steering the GOP caucus to acquittal

But it’s Kentucky’s junior senator who is attempting to steer the GOP caucus out of the second impeachment trial of Donald Trump, providing an array of arguments that will likely usher them toward an acquittal of the former president as soon as this weekend.

Rand Paul’s preemptive constitutional challenge to the trial became the initial guiding light for Republicans looking for cover. As the trial bends to a close, he’s one of the few participants taking on the House Democratic impeachment managers in personal terms, charging them with hypocrisy.