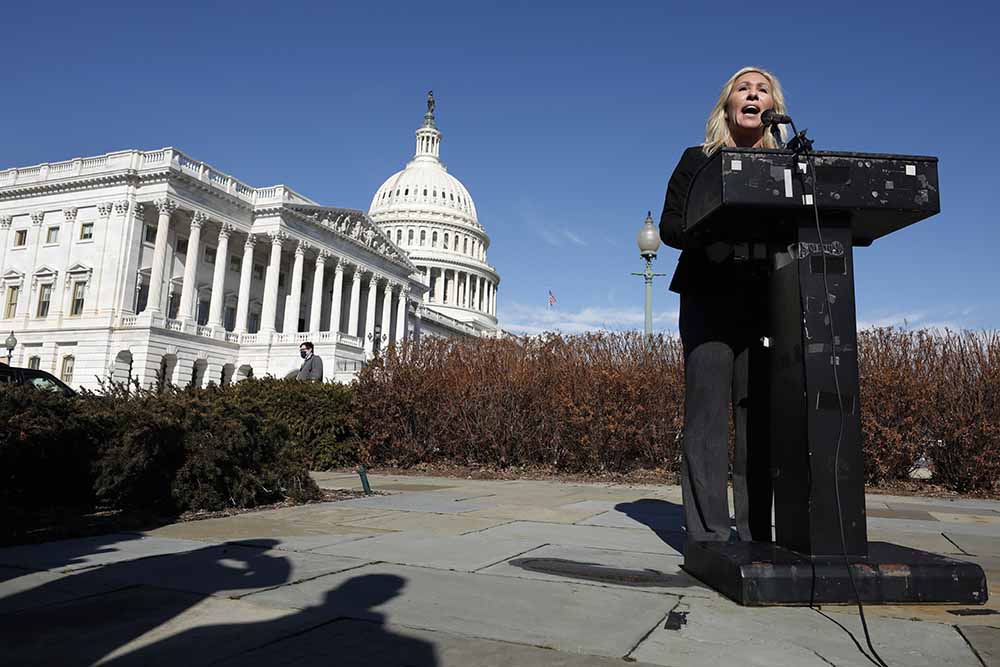 Rep. Greene says ‘morons’ voted to boot her from committees

Freshman Republican from Georgia took to the House floor on her own behalf before Democrats and some Republicans voted to kick her off committees because of her support for far-right conspiracy theories.

WASHINGTON (AP) — Rep. Marjorie Taylor Greene lashed out Friday at “morons” in both parties who voted to kick her off her committees, a day after the House meted out the unprecedented punishment that Democrats said she’d earned by spreading hateful and violent conspiracy theories.

Underscoring the political vise her inflammatory commentary has clamped her party into, all but 11 Republicans voted against the Democratic move on Thursday but none rose to defend her lengthy history of outrageous social media posts.

In the most riveting moment of that day’s debate, the freshman Republican from a deep-red corner of Georgia took to the House floor on her own behalf. She offered a mixture of backpedaling and finger-pointing as she wore a dark mask emblazoned with the words “FREE SPEECH.”