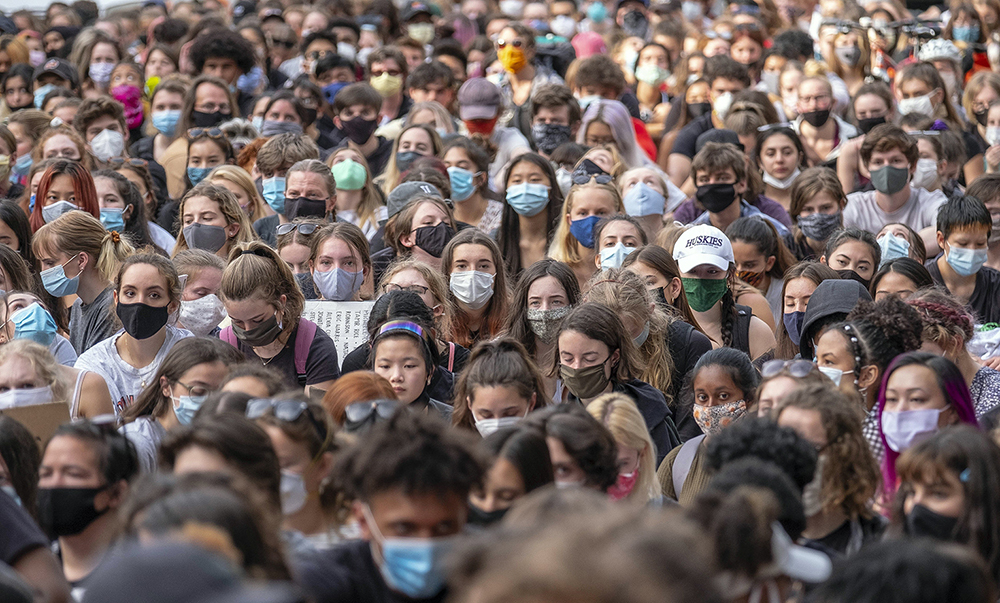 Nearly 1,000 people in the Seattle Youth Protest sit on June 10 in the intersection of Ninth Avenue and Virginia Street outside the Police Department's West Precinct. Photo by Dean Rutz / Seattle Times TNS

Officers stood shoulder-to-shoulder on several streets while others created a makeshift fence with their bicycles, using it to push dozens of protesters back away from the center of the “Capitol Hill Occupied Protest” zone just east of downtown. The group had occupied several blocks around a park for about two weeks after police abandoned a precinct station following standoffs and clashes that were part of the nationwide unrest over the killing of George Floyd in Minneapolis.

As residents in the neighborhood watched from balconies, police cleared out the protesters’ tents from the park and made sure no one was left in the park’s bathrooms.