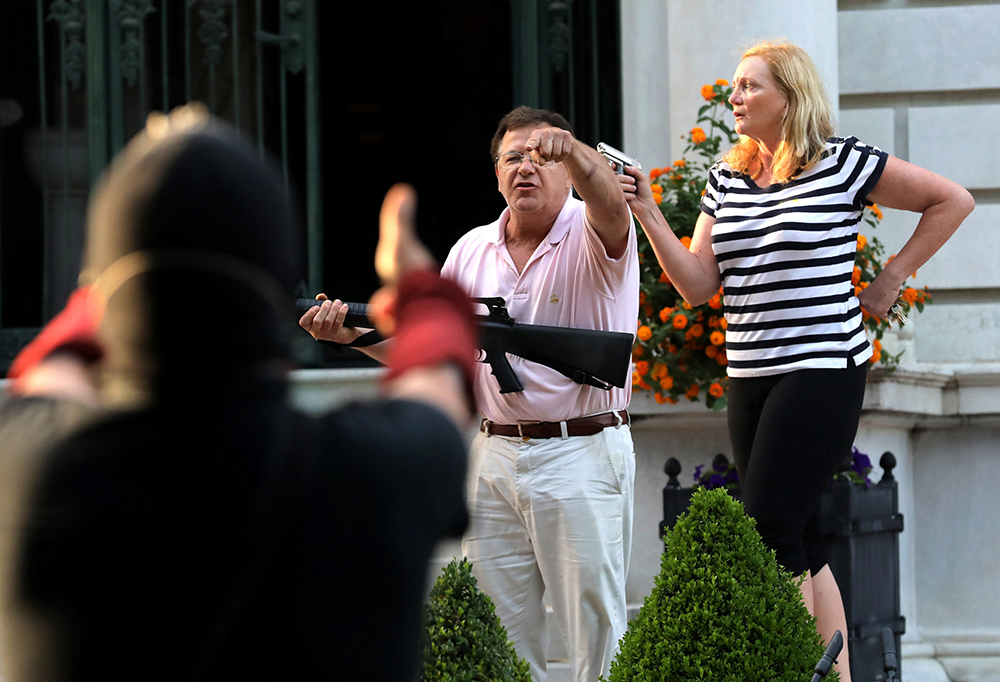 Neighbors say the couple, both personal injury attorneys, are confrontational.

Mark and Patricia McCloskey standing in front of their house in an affluent neighborhood of St. Louis aiming their guns at protesters as they march to Mayor Lyda Krewson's house on Sunday, June 28, 2020. Photo by (Laurie Skrivan/St. Louis Post-Dispatch/TNS)

ST. LOUIS (AP) — Authorities executed a search warrant at the St. Louis mansion of a white couple whose armed defense of their home during a recent racial injustice protest drew widespread attention, their attorney confirmed Saturday.

Joel Schwartz, the couple’s lawyer, said a search warrant was served Friday evening and that the gun Mark McCloskey was holding in the video was seized. Schwartz told The Associated Press that arrangements have been made to turn over to authorities on Saturday the gun that Patricia McCloskey had been holding, adding that her gun was inoperable at the time of the protest and still is.