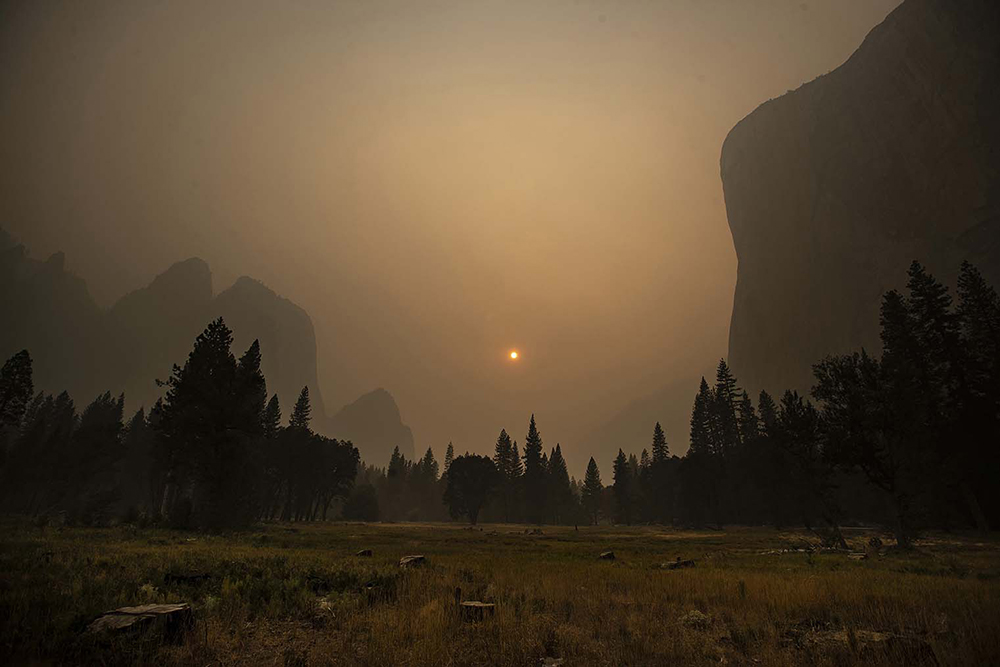 President Trump and Democratic challenger Joe Biden spoke about the wildfires ravaging the West. Biden says climate change has played a role in the severity of the fires. Trump remains skeptical.

WASHINGTON —As wildfires raging through the West force millions of voters to confront the consequences of a warming planet, the presidential race became intensely focused Monday on climate change — an issue that has been overshadowed through much of the campaign.

The realities of communities ablaze, mass evacuations and curtains of thick smoke settling over large, densely populated swaths of the Pacific coast pushed the rival candidates to detour from the battleground states and lay out starkly contrasting visions for reversing the cycle of worsening natural disaster.

Landing in California, where state officials say his unyielding efforts to undermine global action on climate have intensified the crisis, President Donald Trump continued to express skepticism about climate science.