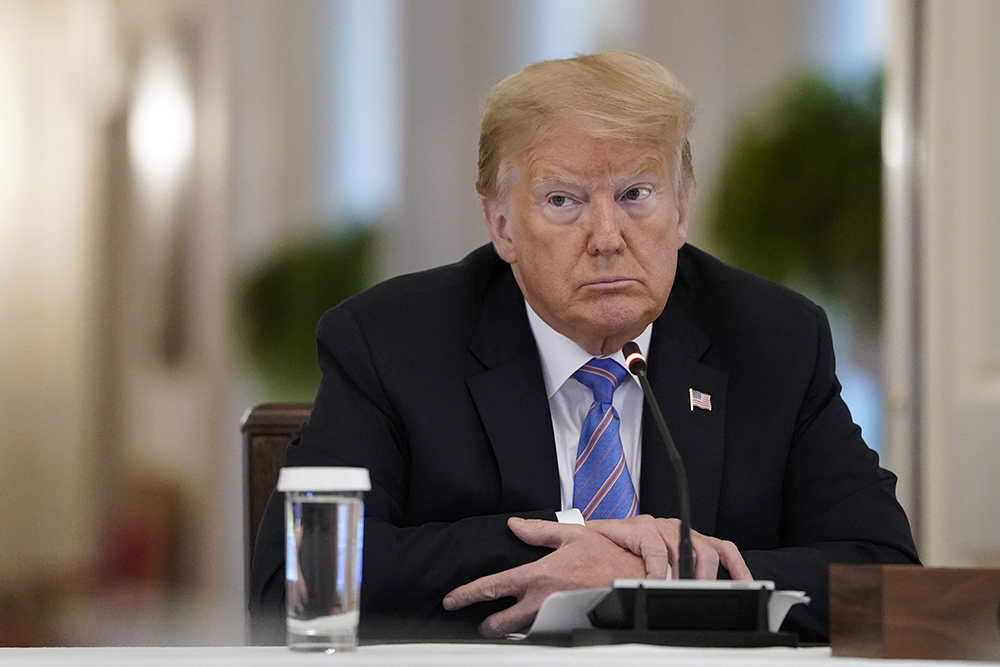 President Trump says he was not made aware of intelligence reports that Russia has offered bounties to Taliban forces for killing American troops in Afghanistan. The explosive report came from the New York times, and was later confirmed by other media outlets.

WASHINGTON (AP) — President Donald Trump has denied he was made aware of U.S. intelligence officials’ conclusions Russia secretly offered bounties to Taliban-linked militants for killing American troops in Afghanistan. The Trump administration was set to brief select members of Congress on the matter today.

The intelligence assessments came amid Trump’s push to withdraw the U.S. from Afghanistan and suggested Russia was making overtures to militants as the U.S. and the Taliban held talks to end the long-running war. The assessment was first reported by The New York Times, then confirmed to The Associated Press by American intelligence officials and two others with knowledge of the matter.

While Russian meddling in Afghanistan isn’t a new phenomenon for seasoned U.S. intelligence officials and military commandos, officials said Russian operatives became more aggressive in their desire to contract with the Taliban and members of the Haqqani Network, a militant group aligned with the Taliban in Afghanistan and designated a foreign terrorist organization in 2012. Russian operatives are said to have met with Taliban leaders in Doha, Qatar, and Afghanistan; however, it’s unknown if the meetings were to discuss bounties.