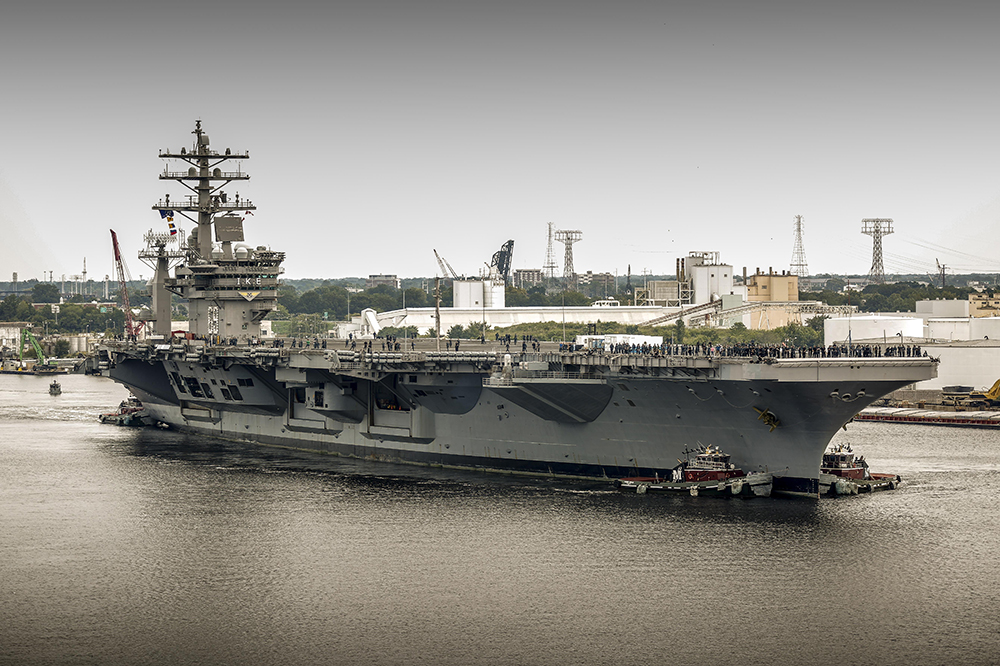 A pair of Navy warships have been at sea the past 160 days, staying away from ports to avoid the COVID-19 pandemic. In so doing, they're breaking the previous Navy record of consecutive days at sea.

WASHINGTON (AP) — The two U.S. warships in the Middle East weren’t aiming to break a record.

But when the coronavirus made ship stops in foreign countries too risky, the USS Dwight D. Eisenhower and the USS San Jacinto were ordered to keep moving and avoid all port visits.

As they steamed through the North Arabian Sea today, they notched their 161st consecutive day at sea, breaking the previous Navy record of 160 days. And they’re on pace to crush it, since they won’t hit land again until they get home to Virginia later this year.