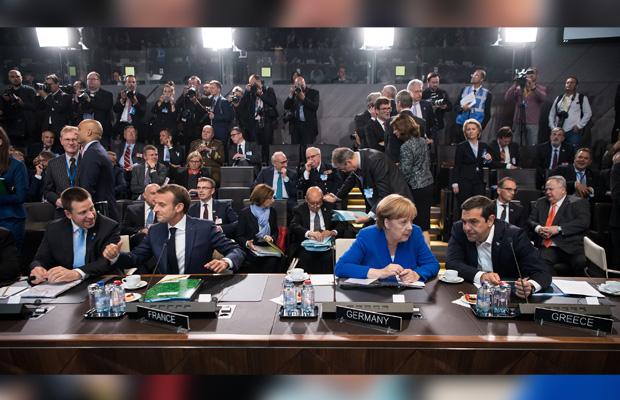 BRUSSELS  President Donald Trump upended the show of unity at NATOs annual summit Wednesday as many allies had feared, claiming that Germany is totally controlled by and captive to Russia and inflating his demands that the alliances members spend more on defense to an unrealistic level.

The presidents comments in Brussels, especially his harsh and unexpected attack on Germany, Europes leading power, overshadowed the alliances ostensible business and undercut its ultimate summit declaration of NATO allies commitment to shared values and a joint defense against Russian aggression.

Under fire for his warm embrace of Russias Vladimir Putin, Trump turned a harsh spotlight on Germanys own ties to Russia, alleging that a natural gas pipeline venture with Moscow has left Angela Merkels government totally controlled and captive to Russia.