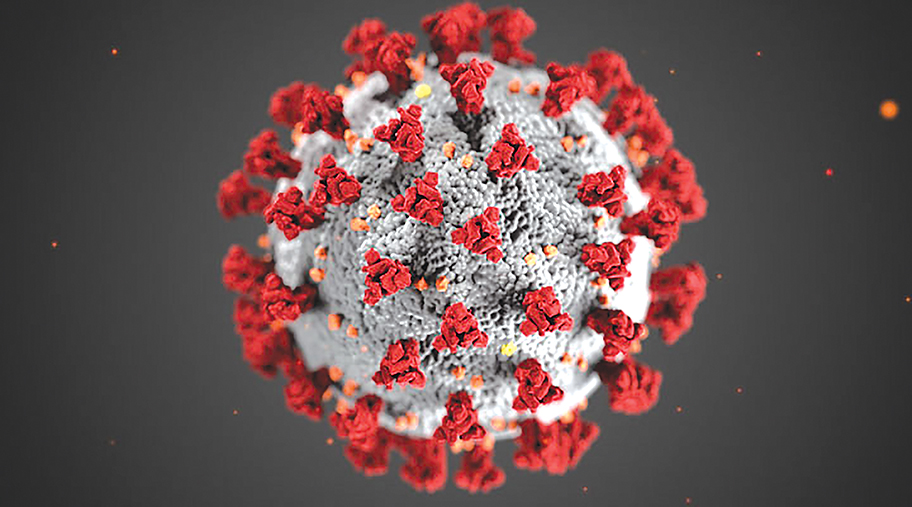 State nears 90K in reported coronavirus cases with 1,046 deaths. More than 500 deaths have been reported since September.

By JOHN HANNA AND ANDY TSUBASA FIELD, THE ASSOCIATED PRESS

TOPEKA, Kan. (AP) — Kansas set another record Monday for its largest number of reported coronavirus cases over seven days, hitting some of the state’s most rural counties hard and leaving officials in even urban areas to worry that people aren’t following public health advice closely enough.

New hospitalizations remained relatively high for the state, averaging 35 a day for the seven days ending Monday. And Kansas reported 17 new COVID-19-related deaths to bring the pandemic total to 1,046, with more than 500 of those deaths reported since mid-September.

“We just have to ask people to change their behavior,” said Carla Yost, the chief nursing officer for the Ascension Via Christi hospital system.

The state health department said Kansas has had 89,227 coronavirus cases since the pandemic reached the state in early March, an increase of 4,046 or 4.7% over three days. Kansas is now reporting 3,063 cases for every 100,000 residents, or a number greater than 3% of the state’s population.

The state reported another 61 hospitalizations since Friday, to bring the pandemic total to 3,893. As for deaths, the average was 10 per day for the seven days ending Monday.

The worst per capita spikes in cases in recent weeks have been in rural counties. Of the 20 counties with the largest number of new cases per 1,000 residents in the past two weeks, all but two have fewer than 10,000 residents, and a dozen of them, have fewer than 3,000.

Ellsworth County, with about 6,100 residents in central Kansas, saw its reported cases jump from 167 on Oct. 19 to 409 on Monday, according to state health department data, or 67 cases per 1,000 residents. The state Department of Corrections has reported 260 cases among inmates and staff at a prison there.

Kerianne Ehrlich, the Ellsworth County Health Department’s administrator, said it has identified some community spread outside the prison. She said she approached commissioners on Monday and “talked to them about a mask mandate.” Commissioners planned to have a special meeting Tuesday.

“We are also a very mobile county where we have a lot of people that work outside of county, but live here, or opposite, they live out of county but come in here because we have multiple large employers,” she said.

Dr. Sanmi Areola, director of the Johnson County health department, said about 20% of COVID-19 cases the county has reported since Sept. 1 have involved residents infecting people in their households. That would be hundreds of new cases: The county, the state’s most populous, has seen its total more than double to 16,522 as of Monday from 8,240 on Aug. 31, according to the state’s data.

In Sedgwick County, Adrienne Byrne, director of the health department, said the agency has received calls and emails about businesses not enforcing mask requirements or social distancing or operating at more than 50% capacity.

Byrne has been telling residents since last week not to enter businesses not complying with Sedgwick County’s mask mandate and other rules. For example, if residents enter a restaurant that doesn’t have seats and booths spaced out, she’s telling them to “turn around and walk out, or choose to get carry out.”

In northeast Kansas, Stormont-Vail health system reported Monday that it had a pandemic high of 44 patients hospitalized because of coronavirus. And Wichita’s two major hospital systems have 111 patients hospitalized this week, up from 90 last week. Yost said the trend is “not sustainable.”

Yost said Ascension Via Christi has more than 50 traveling nurses working in its Kansas hospitals — after two years of not using them in the state. She said nurses are learning as they admit COVID-19 patients to the hospital that they’re getting infected through events like weddings, baby showers and barbecues.

“This disease has taken just far too many lives,” Yost said.