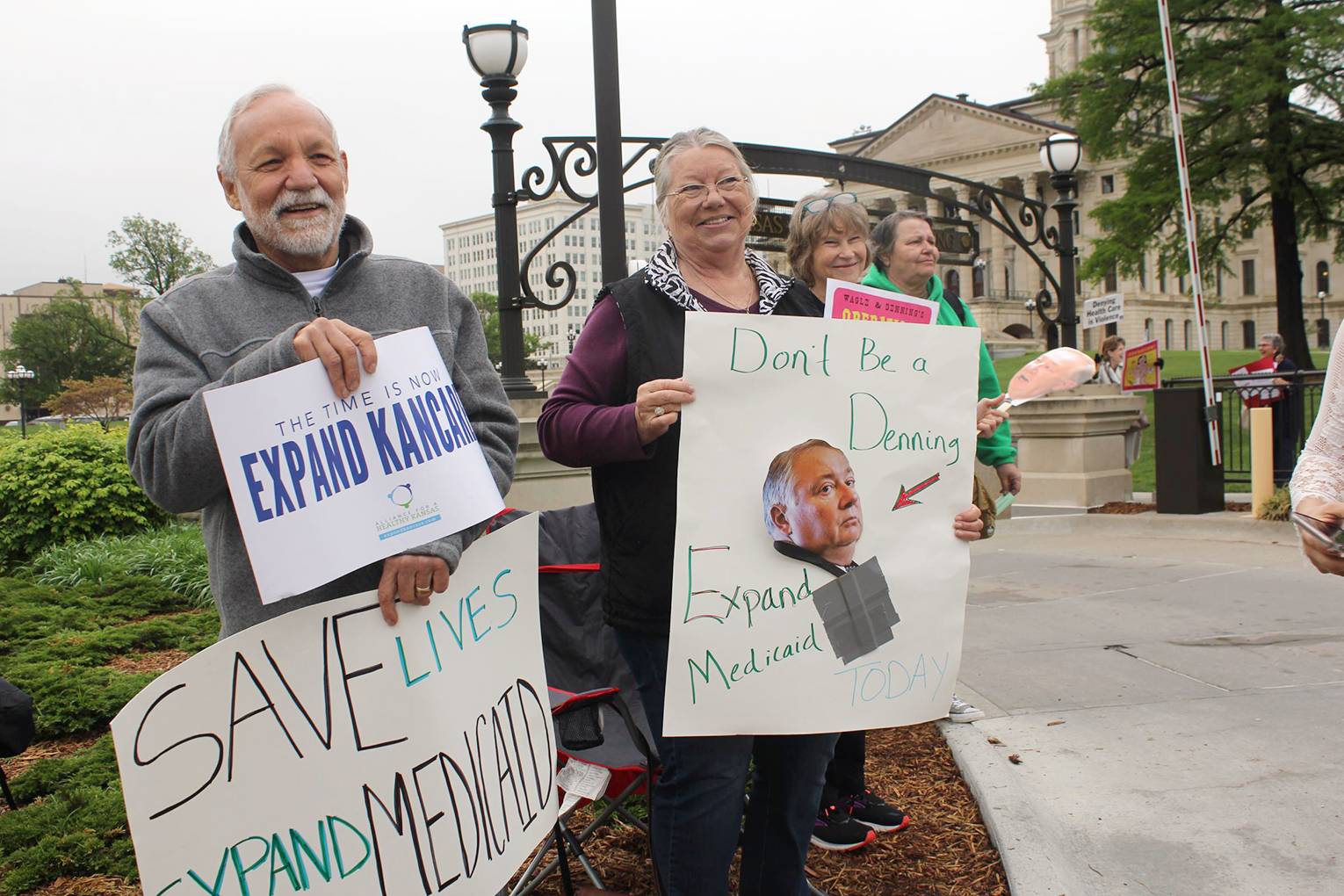 Push still on for Medicaid expansion

Demonstrators greeted lawmakers at the Capitol in Topeka on Wednesday. A proposal for expanding Medicaid lacked the votes needed to force an up-or-down roll call in the Senate. KANSAS NEWS SERVICE/JIM MCLEAN/KCUR.ORG

Supporters of expanding Medicaid in Kansas proved Wednesday theyve got the votes in the Legislature  if they can get a vote.

But they lacked enough lawmakers on their side to bypass Republican leadership and force that vote.

At stake is whether the state would spend about $50 million a year in money from Kansas taxpayers to draw more than $900 million from federal taxpayers to cover another 130,000 low-income people with Medicaid.