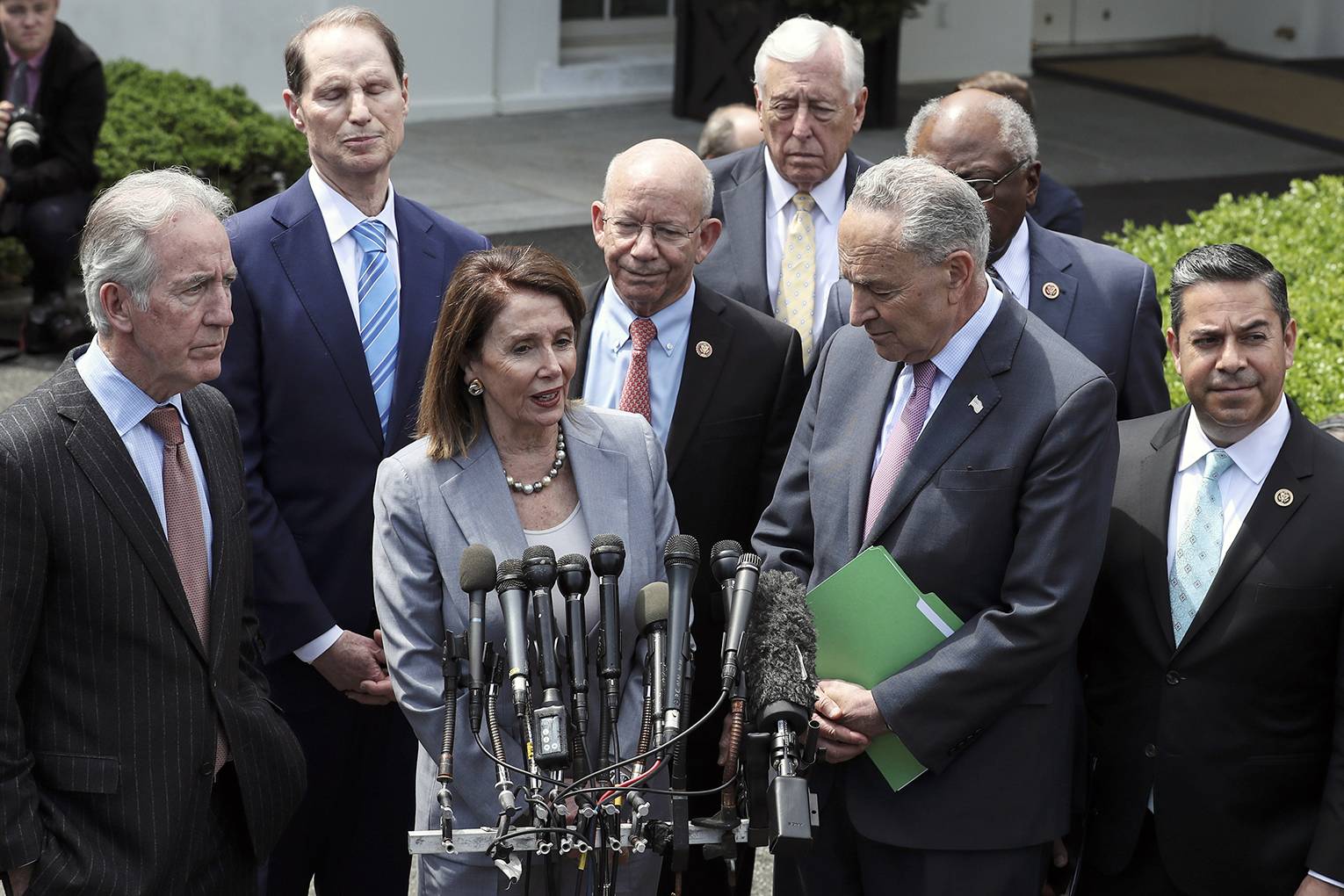 WASHINGTON  There were no TV cameras this time, no accusations of bad faith, or anyone tossing binders or storming out.

Instead, unlike their December and January clashes in the Oval Office, President Donald Trump met Tuesday for 90 minutes with the Democratic leaders hes dubbed Chuck and Nancy in what both sides called a productive discussion about a comprehensive infrastructure package.

When it ended, House Speaker Nancy Pelosi and Senate Minority Leader Charles E. Schumer expressed optimism, not frustration, with the president and announced that participants had agreed to seek a $2 trillion legislative package to repair and improve the nations roads, bridges and broadband networks.