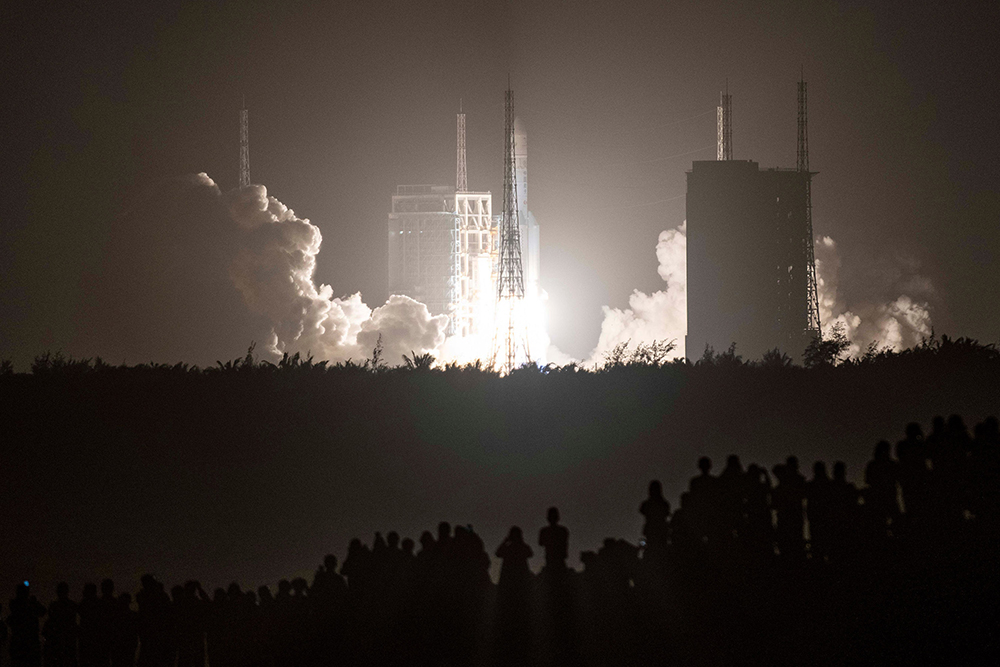 A Long March 5 rocket carrying China's Chang'e-5 lunar probe launches from the Wenchang Space Center today, Nov. 24, on a mission to bring back lunar rocks, the first attempt by any nation to retrieve samples from the moon in four decades. Photo by (AFP/Getty Images/TNS)

BEIJING — China has launched a Long March 5 rocket on an unmanned moon mission to retrieve a lunar sample, the first such endeavor by a country in more than four decades.

The rocket carrying the robotic Chang’e 5 spacecraft left from the Wenchang Space Launch Center in the southern Hainan province early on Tuesday morning.

After it lands on the moon, the mission hopes to also bring moon rocks back to Earth, making China only the third country to do so after the United States and the Soviet Union.