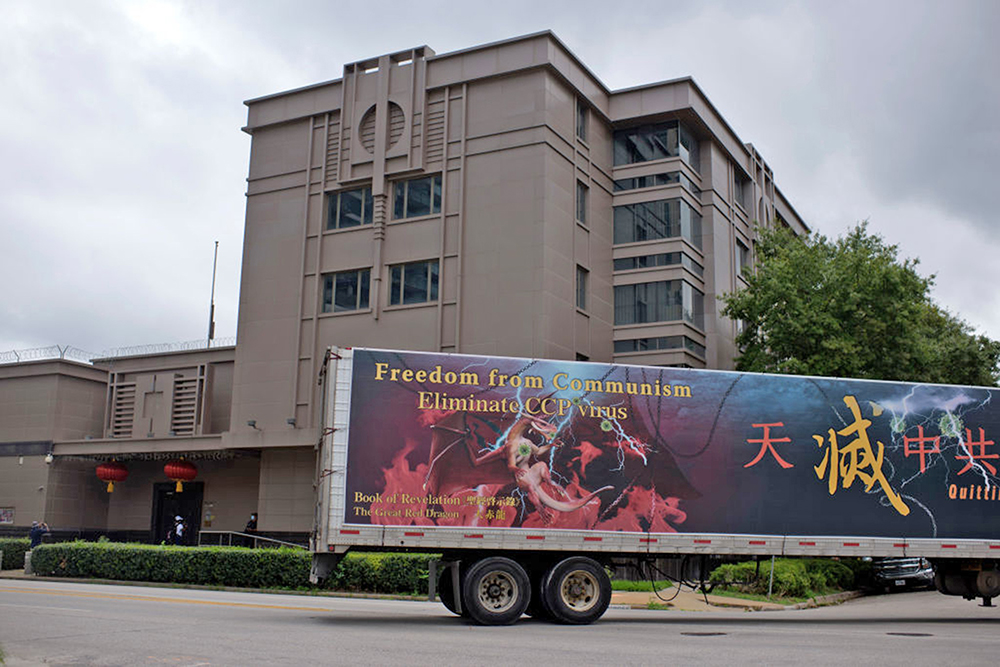 By THE HOUSTON CHRONICLE

A truck drives past the Chinese consulate in Houston, Texas on July 24, 2020, after the US State Department ordered China to close the consulate.

It was like a scene out of a movie. Consular staff pulling files and destroying documents as a diplomatic mission is abruptly abandoned. Only this time the setting wasn’t Iran or Venezuela, it was Montrose.

Chinese officials were spotted burning papers inside the Houston consulate grounds Tuesday night, prompting a call by neighbors to the fire department as smoke rose from the building. Shortly after, it was reported the U.S. government had ordered the consulate closed “to protect American intellectual property and Americans’ private information,” according to a State Department spokeswoman.

Why Houston was chosen out of the five consulates general in the United States remains unclear, unless you listen to U.S. Sen. Marco Rubio, R-Florida, who tweeted that the consulate was a “vast network of spies and influence operations.”