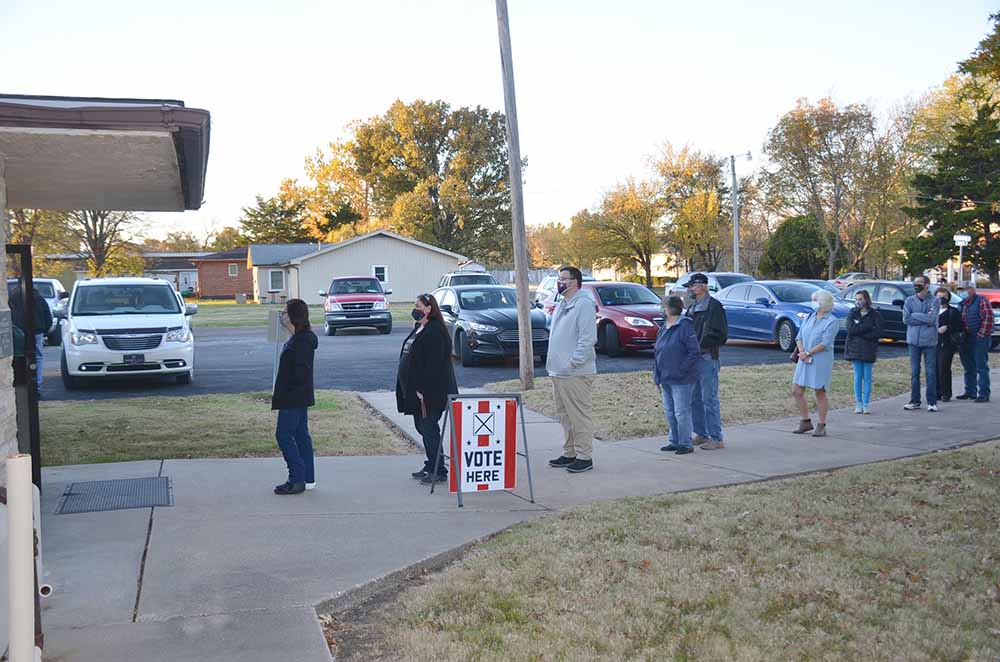 We can’t give up on democracy

Voters must hold their representatives accountable by pressuring them, protesting them, or voting them out of office.

Democracy depends on us voting. Here, a long line of voters waits to cast their ballots outside the John Silas Bass North Community Building in Iola on Nov. 3, 2020. Photo by Tim Stauffer

Recent events across our region — a local disagreement in Wichita, a state-wide argument in Missouri, a veto override in Topeka with national implications — push me to reflect upon a seemingly straightforward but actually complicated idea: “democratic legitimacy.”

This is one of those terms which those of us who study politics professionally can argue about endlessly. The core concept, however, is one that probably most can grasp quickly. It is that any time any government exercises power — whether it be requiring that taxes be paid, or that programs be supported, or that speed limits be obeyed, or anything else — it should be able to legitimately claim that its actions are based on some kind of “democratic” support.

Note the small “d” there. This is not a reference to the Democratic party, but rather to the “demos,” the people. Even if one insists that the American system is a “republic” and not a “democracy,” the fact there are elections in the United States — as well as ballot initiatives, recall votes, and so much more — shows that our system is designed around the idea of people showing their support, or their opposition, to whatever different levels of government propose to do.