Women are still being erased

I remember the national push during the 1970s to pass the Equal Rights Amendment. Even as a child, I understood that women deserved equal rights. I couldn’t understand why people considered this effort controversial. But controversial it was. It didn’t pass. 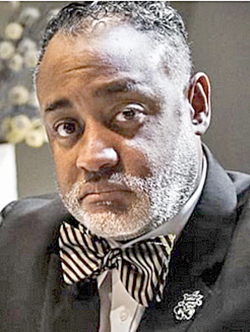 By MARK MCCORMICK - FOR THE KANSAS REFLECTOR

Calley Malloy, left, of Shawnee, Cassie Woolworth of Olathe and Dawn Rattan of Shawnee and supporters celebrated during an election watch party on Aug. 2. The group backed a “No” vote on the constitutional amendment, which, if passed, would have removed a woman’s right to an abortion as provided in the Kansas Constitution. PHOTO BY TAMMY LJUNGBLAD/TNS

The busloads of men I had accompanied as a journalist to 1995’s Million Man March seemed stunned by the news media count of only 400,000 men on Washington, D.C.’s mall the previous day. I wrote that journalists at the march must have used the three-fifths compromise in calculating the size of the crowd.

The idea of counting a human being as three-fifths human has its own horrors, but at least we were counted. Women don’t appear in the U.S. Constitution. Their unenumerated existence explains for some why guns have more rights than the women in our lives.

Editorials
The ERA, hotly controversial in the 1970s, should be an easy lift today
Opinion
A murky milestone for womens rights
Opinion
Arizona, stand up for the ERA
Editorials
Women can turn the tide on inequality at the ballot box