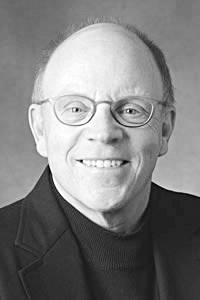 Crafting laws is a marathon, not a sprint

The Kansas Legislature opened its 2019 session on Jan. 14. It will most likely close up shop sometime in May. Governor Laura Kelly came into office with a well-defined agenda, and lots of optimistic Democrats foresaw school funding increases and Medicaid expansion moving through the legislative process.

Conversely, conservative Republican leaders in both chambers, their numbers buttressed by the same electorate that decisively chose Kelly over Republican Kris Kobach, have made aggressive opening moves to return the so-called windfall from 2017 federal tax changes back to a select number of Kansas families and corporations who may pay increased state taxes.

Meanwhile, Kansas tax revenues have fallen substantially ($49 million) below estimates for January. No one knows if that is a hiccup or the start of a trend, but it does signal a possible problem for either increased spending or reduced taxes.

Opinion
If tax cuts are on the horizon; let them be sales and property
Opinion
The first quarter comes to an end
State News
Issues remain as session nears end
Opinion
Kellys chance to lead