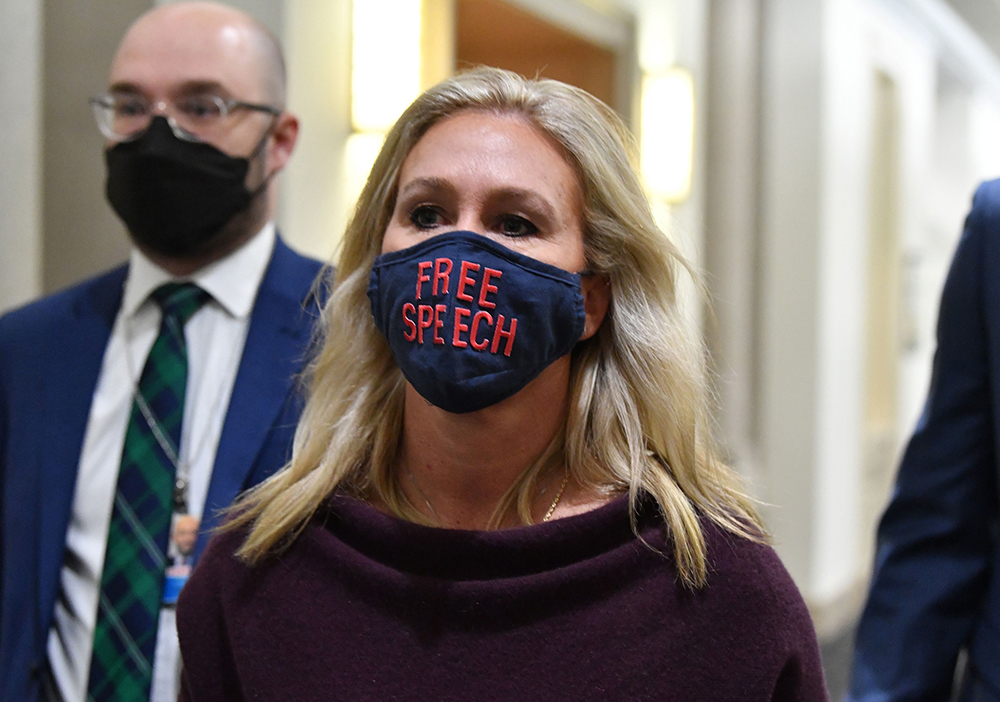 Republicans should have sidelined Greene

House Minority Leader Kevin McCarthy should have taken the lead in removing Greene from her posts — mainly because she’s unfit to hold them but also because she’s harming her fellow Republicans.

The House of Representatives voted Thursday to remove Georgia’s Marjorie Taylor Greene, a controversial and inflammatory Republican freshman, from her committee assignments. The vote was largely along party lines, although a handful of Republicans joined the Democratic majority. It’s an extreme measure, advocates of the move admit — but Taylor Greene, they insist, is an extreme case.

Indeed she is, and this remedy is justified. But it would have been far better administered by her own party. If Democrats take it upon themselves to punish outrageous Republicans, and vice versa when Republicans are in a position to return the favor, Congress will take yet another step toward institutional breakdown. It’s already hard for legislators to bridge differences and deliver policies capable of commanding wide support. The last thing the country needs is for this to get any harder.

Understand that Taylor Greene is no ordinary renegade. She’s been a follower of the QAnon conspiracy theory that, among other things, suspects Democratic politicians and Hollywood celebrities of being members of a global cult that cannibalizes children. She thought it plausible that laser beams with Jewish connections started the wildfires in California. She’s supported claims that the Parkland, Florida, high school massacre was a “false flag” operation and questioned whether a plane really hit the Pentagon on Sept. 11. Running for Congress, she posted a photo of herself with a rifle preparing to challenge Alexandria Ocasio-Cortez’s left-leaning “Squad.” She’s complained about “an Islamic invasion of our government.” She’s accused House Speaker Nancy Pelosi of treason (“a crime punishable by death,” Taylor Greene pointed out). Almost as soon as President Joe Biden was sworn in, she filed a bill to impeach him. And her last-minute disavowals of some of this nonsense were half-hearted at best.