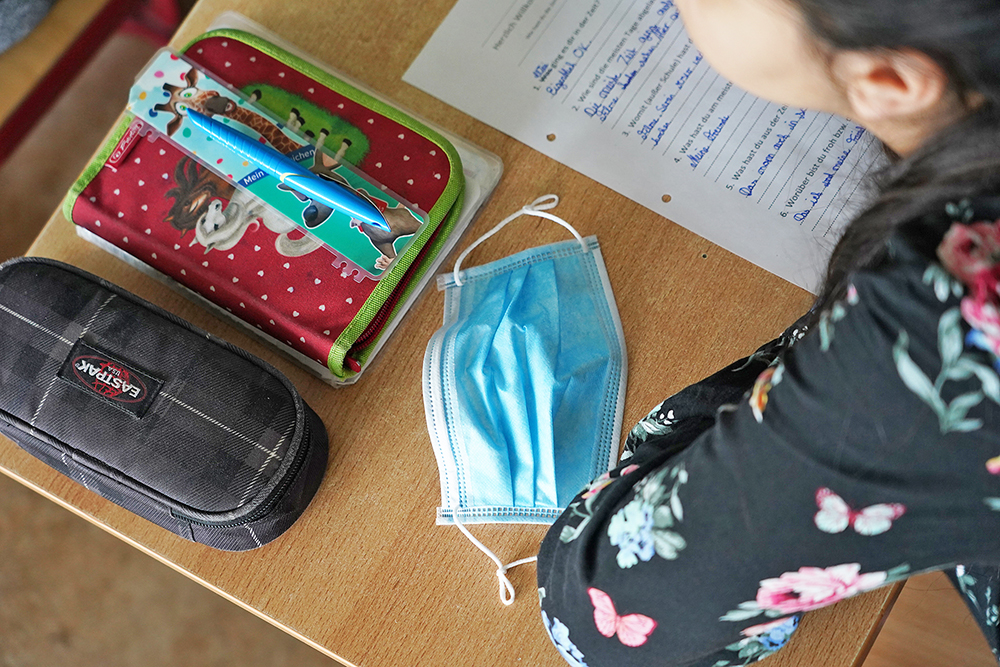 Europeans are sending kids back to school. Why can’t we?

By TRUDY RUBIN - THE PHILADELPHIA INQUIRER

A face mask lies on a sixth grader's desk on the first day of classes since March at the GutsMuths Grundschule elementary school during the novel coronavirus crisis on May 4, 2020 in Berlin, Germany. Photo by (Sean Gallup/Getty Images/TNS)

In Denmark, Germany and Austria, kids began returning to classrooms in April and early May, and there haven’t yet been spikes of new cases. Schools reopened in Norway, but the spread of infection in the country keeps trending downward. Italian kids will go back to classes in September.

The reason European countries are reopening schools and parents are willing to send their kids is because most of those countries had flattened the curve on COVID-19 by May or June (our East Asian allies did so even earlier).

That is true even of countries like Italy and Spain that botched their virus response at the outset. Yes, there have been some new spikes as young people surge into bars but nothing that isn’t containable.