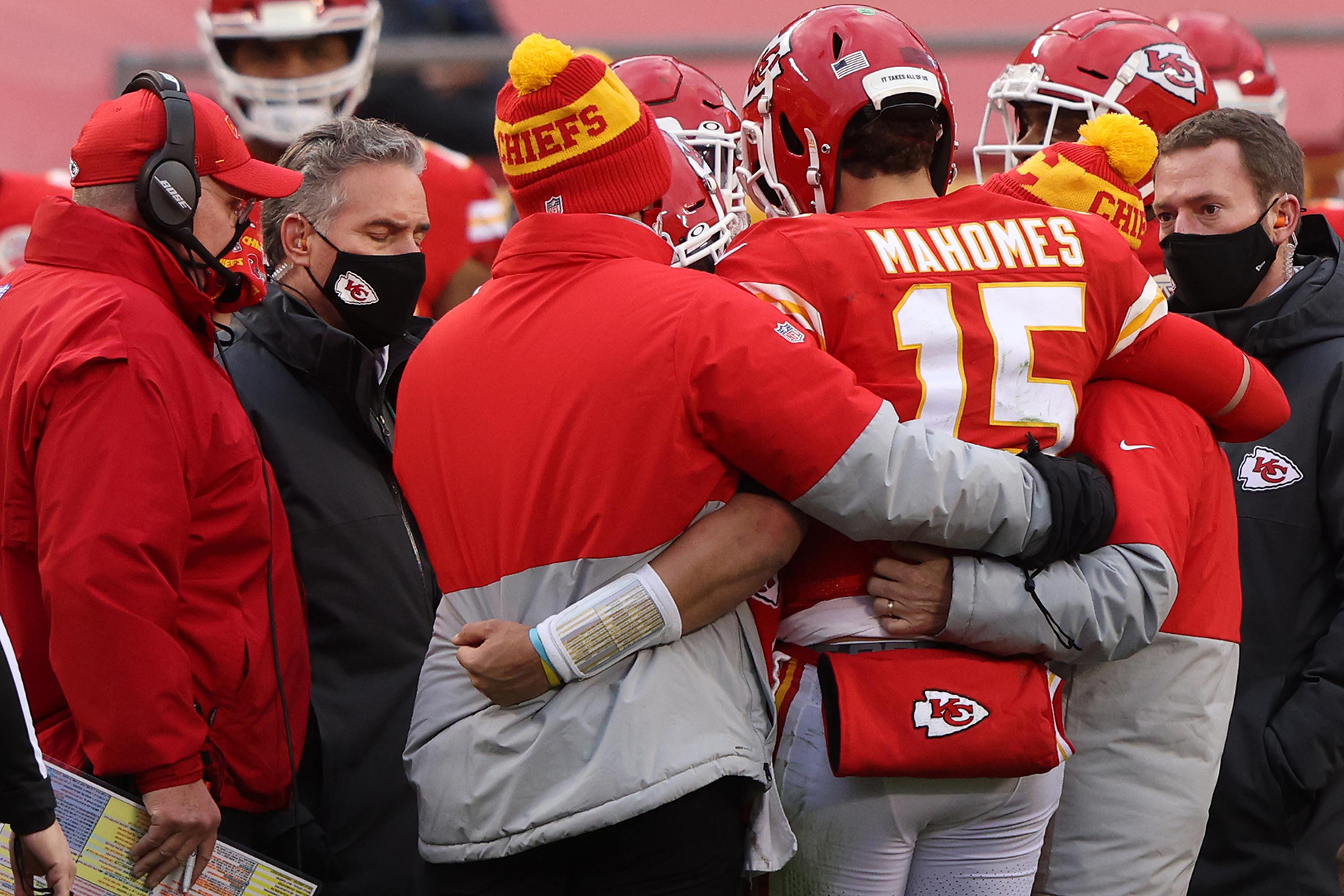 The bigger picture regarding Mahomes was this: In a tight playoff game with the season in the balance, the independent neurological consultants who now roam NFL sidelines deemed the league’s premier player unfit to return.

Kansas City Chiefs quarterback Patrick Mahomes is assisted off the field after being injured in the third quarter of a playoff game against the Cleveland Browns on Sunday, Jan. 17, 2021, at Arrowhead Stadium in Kansas City, Missouri. (Jamie Squire/Getty Images/TNS)

Kansas City Chiefs quarterback Patrick Mahomes, who might well be the NFL’s most exciting player, took a snap during the third quarter of a close divisional playoff game Jan. 17 against the Cleveland Browns.

Mahomes ran right then darted forward. He was stopped just short of a first down. It was a clean tackle, but Mahomes’ helmet smashed forehead-first against the turf. He didn’t get up. He stayed on the ground for six seconds. When he finally stood, a woozy Mahomes pitched over into the arms of a lineman. Two trainers assisted Mahomes off the field.

It was a telltale concussion. “He is absolutely dizzy — you can see it in his eyes,” CBS announcer Jim Nantz said. The NFL’s reigning Most Valuable Player was out for the game, a potentially momentous turn of events. The Chiefs still ended up winning, and are playing in this weekend’s Super Bowl LV against Tom Brady and the Tampa Bay Buccaneers. But the bigger story of that concussion’s impact — of that mild traumatic brain injury, as doctors call the injury that can occur with the rattling of the human brain — had nothing to do with the Chiefs squeaking out a victory or with Mahomes’ availability to play in the AFC championship game the next weekend.