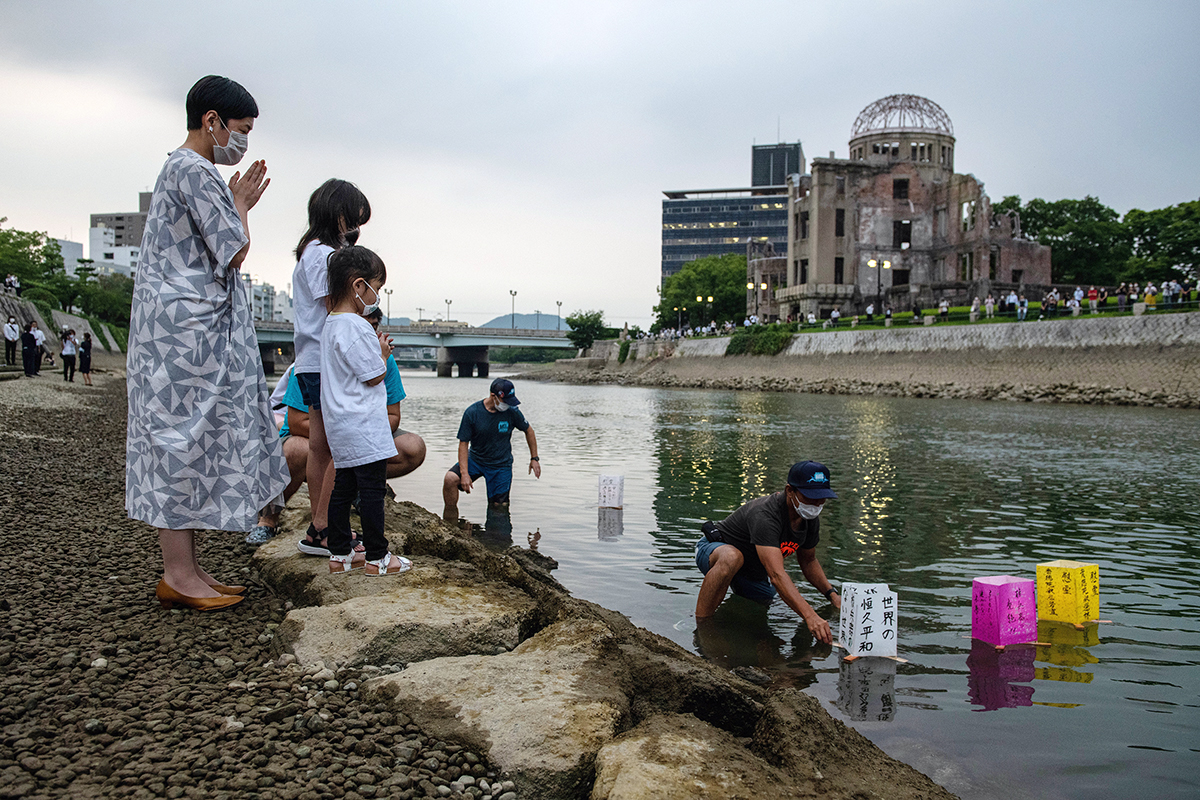 The two bombs that ended WWII

"The lingering question, the one that requires constant contemplation, is what must the world’s leaders do to make sure the bombings of Japan will be the only instances ever of using atomic energy as a tool of war."

A family prays as paper lanterns are floated on the Tenma River to mark the 75th anniversary of the Hiroshima atomic bombing in a lantern ceremony that has been scaled back significantly because of concerns over coronavirus, on Thursday, August 6, 2020 in Hiroshima, Japan. (Carl Court/Getty Images/TNS)

Early August 1945 was a confusing time for many Americans, who were experiencing some combination of celebration, sadness and foreboding.

The war in Europe was over, bringing home thousands of gleeful troops by ship. Yet newspapers were still catching up on reports of individual soldiers killed during winter and spring, while men continued to die in the Pacific. That meant Americans were learning nearly every day the names of friends and neighbors who did not make it back.

What would it take to defeat Japan and finally bring World War II to a close? The conventional wisdom was pessimistic — only a U.S. ground invasion would bring down the empire, requiring the deployment of 1 million men to Japan at a cost of hundreds of thousands more American lives.

Columnists
We were captives in our own country
World News
Survivors mark 75th anniversary of world’s first atomic attack
Sports
100 years ago, sports rise from ashes
opinions
US, North Korea can pull back from the brink of nuclear war