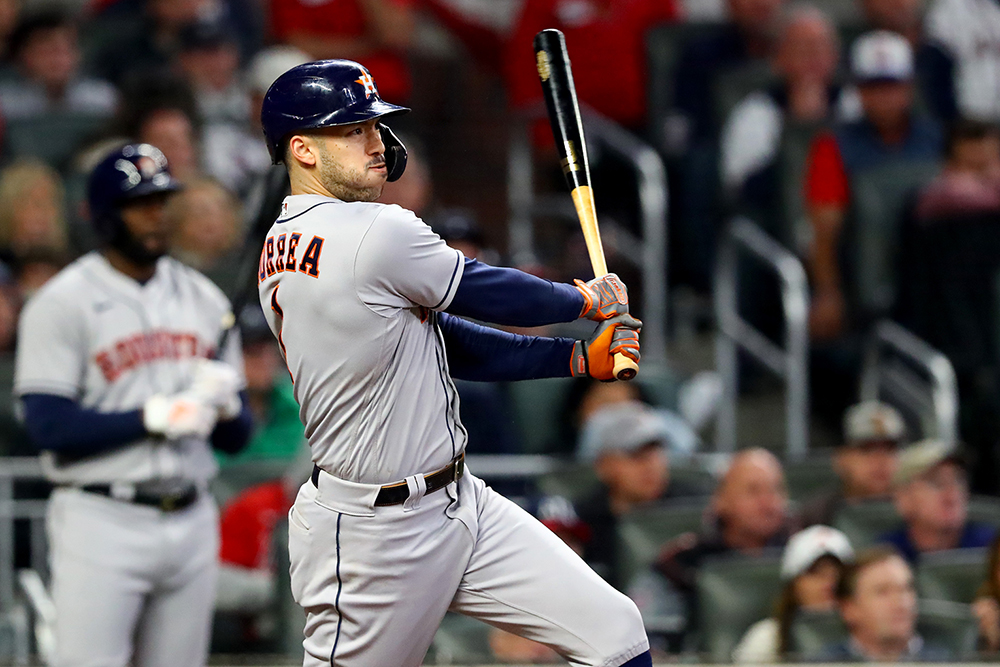 Facing elimination, Carlos Correa and the Houston Astros extended their World Series stay by at least a few days

ATLANTA (AP) — Just in time, Carlos Correa and the Houston Astros broke out the bats.

Because if they had waited any longer, this World Series would’ve been over.

Staggered by Adam Duvall’s grand slam in the first inning, Correa and Alex Bregman ended their slumps in a hurry. They kept swinging, too, refusing to let their season slip away and rallying past the Atlanta Braves 9-5 early Monday to cut their Series deficit to 3-2.