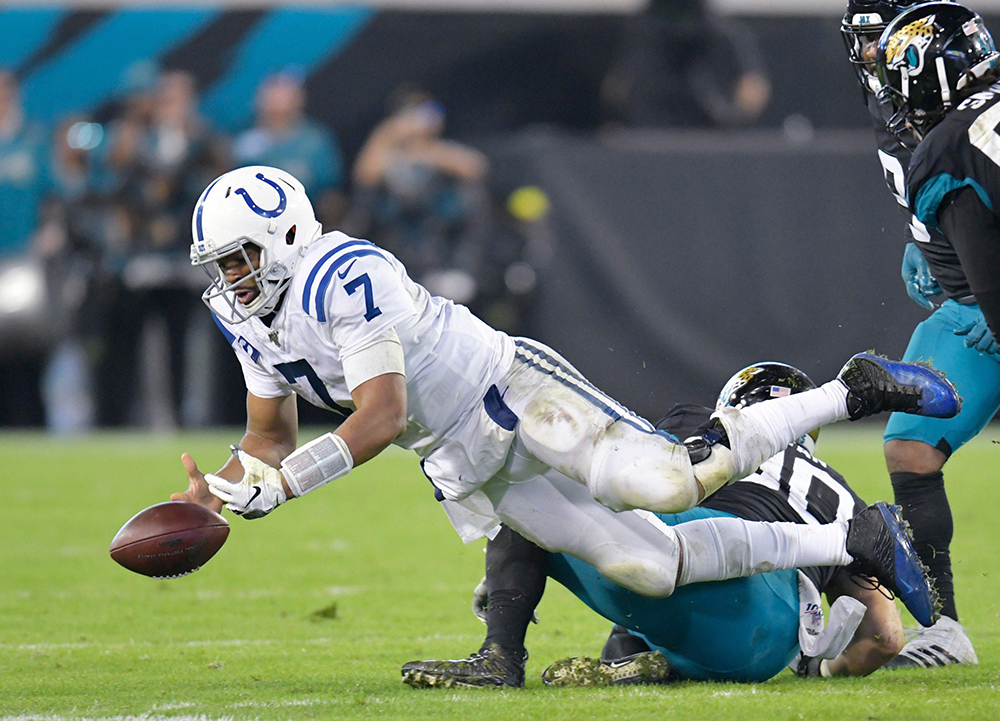 Indianapolis Colts quarterback Jacoby Brissett (7) fumbles the ball that led to a Jaguars touchdown in the fourth quarter of the final NFL game of the season in a Jaguars 38-20 win Sunday, Dec. 29, 2019 in Jacksonville, Florida. Photo by [Will Dickey/Florida Times-Union]

The Indianapolis Colts coach studied tapes of Rivers’ throws from an uncharacteristically poor 2019 season to compare with those he made earlier in his career. Reich saw no difference.

When offensive coordinator Nick Sirianni and tight ends coach Jason Michael concurred with Reich’s opinion, general manager Chris Ballard went all in on a 38-year-old quarterback the Colts believe can make them a title contender.