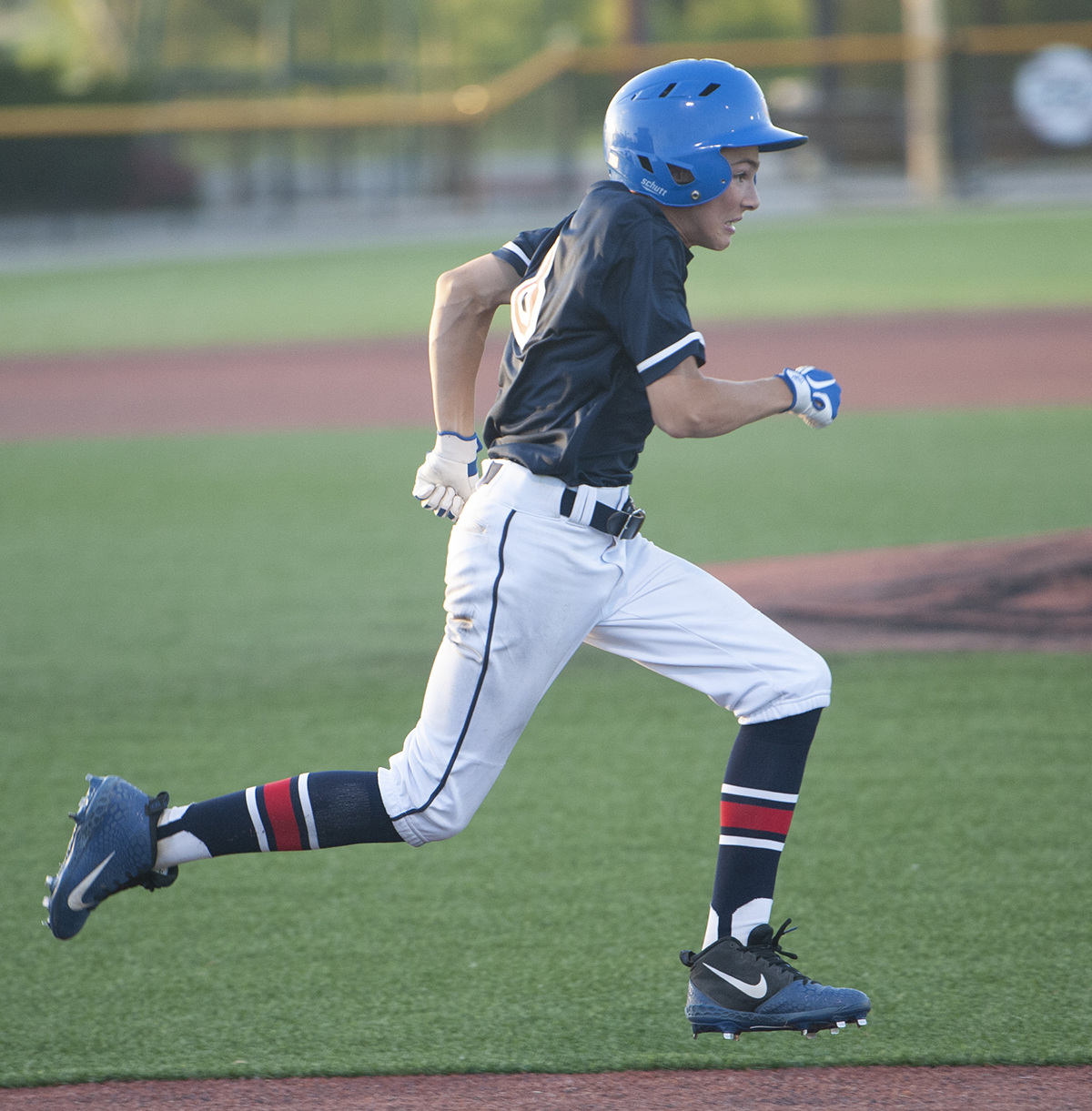 The A Iola Indians stayed hot at the Summer Slam Emporia Invitational tournament over the weekend, finishing first with a 15-7 win over Emporia.

Eli Adams takes off to first base at the Adam LaRoche 16U Invitational Tournament in Fort Scott on June 14. Photo by Erick Mitchell / Iola Register

EMPORIA — For the second-straight Sunday, the A Iola Indians finished the day as champions.

The Indians went 3-1 en route to gold at the Summer Slam Emporia Invitational tournament, earning wins against El Dorado, Topeka’s Kansas Senators, and the host in the title game.

Iola opened the tournament against El Dorado on Saturday in a non-scoring affair until the bottom of the fifth inning. Two Indians scored on wild pitches, plus another run off an error by El Dorado’s shortstop. Trevor Church capped the scoring with an RBI to center field, giving the Indians a 4-0 lead after the fifth.