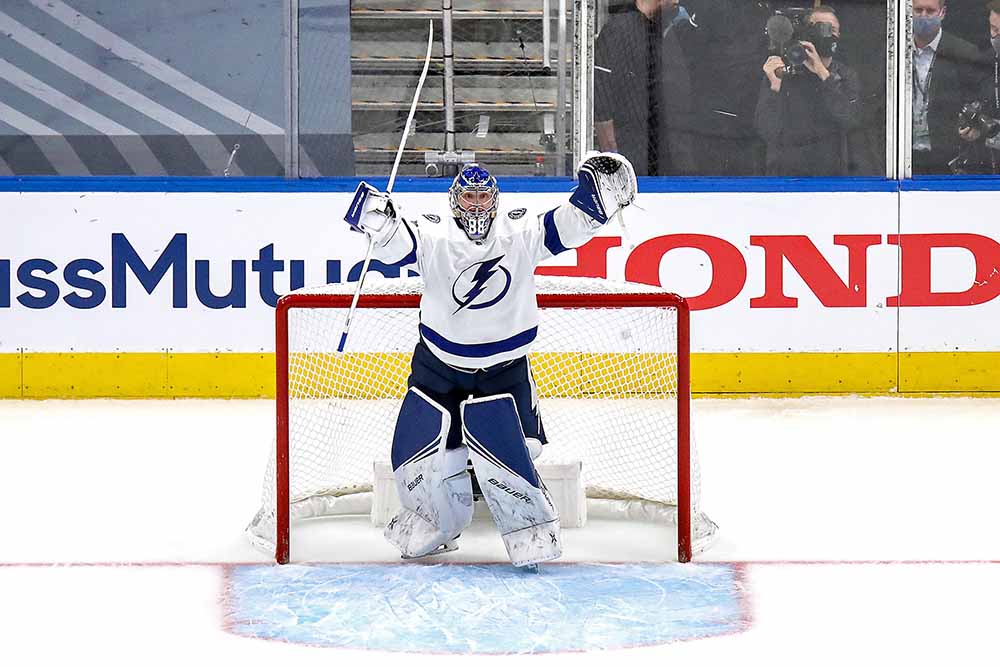 The Tampa Bay Lightning have the opportunity to win the Stanley Cup on home ice against Montreal.

By BY STEPHEN WHYNO, THE ASSOCIATED PRESS

Goaltender Andrei Vasilevskiy of the Tampa Bay Lightning celebrates the series win against the New York Islanders in the first overtime period in Game 6 of the Eastern Conference on Thursday, Sept. 17. Photo by (Bruce Bennett/Getty Images/TNS)

TAMPA, Fla. (AP) — When the Chicago Blackhawks won the Stanley Cup on home ice for the first time since before World War II, Jon Cooper could not bear to watch the joyful aftermath.

“I’m looking away from the whole thing,” he said.

Cooper’s Tampa Bay Lightning had just lost the 2015 series in six games after their first trip to the final of what turned out to be three times in seven years. Even after winning it all in 2020, he vividly remembers the feeling of watching Chicago players celebrating the team’s first Cup-clinching win on home ice since 1938.