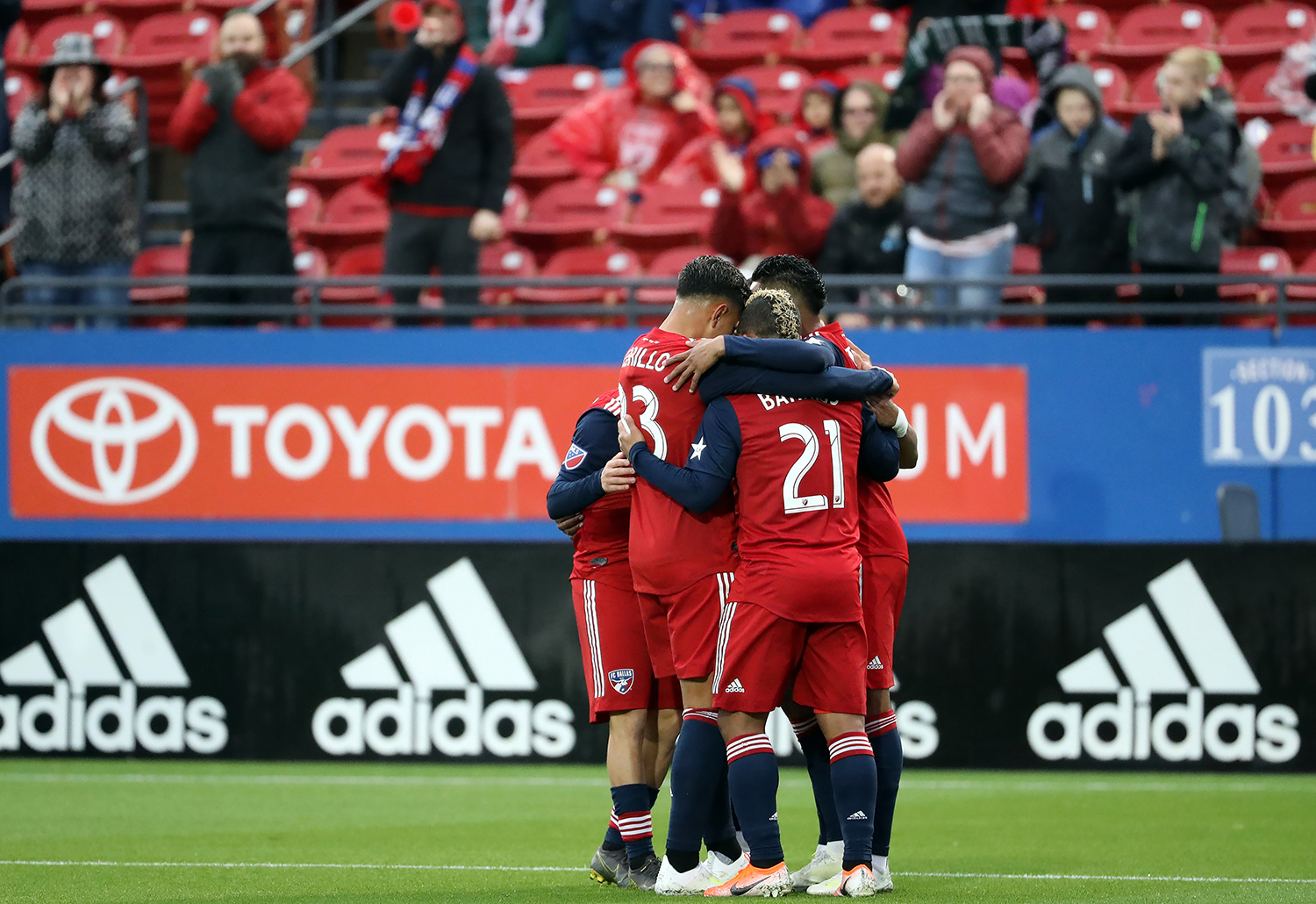 MLS Is Back tournament could be in jeopardy

The MLS Is Back tournament that was scheduled to start on July 8 could see a delay after six FC Dallas players tested positive for COVID-19.

FC Dallas celebrates a goal against the Portland Timbers at Toyota Stadium in Frisco, Texas, on April 13, 2019. At least six FC Dallas players have tested positive for the novel coronavirus, casting doubt on the MLS Is Back tournament scheduled July 8 start. Photo by Ronald Martinez/Getty Images/TNS

Major League Soccer has confirmed six FC Dallas players have tested positive for the novel coronavirus since the team arrived in Orlando, Florida, but the number may actually be much higher, leaving the team’s participation in the MLS Is Back tournament in doubt and raising questions over whether the competition should go forward at all.

“The tournament is on thin ice,” said Zachary Binney, an epidemiologist at Oxford College of Emory University. “It all depends on what we see in terms of positive tests over the next week or so.”

The Dallas website 3rddegree.net, which was first to report the positive results the league now acknowledges, said three players and a team staff member failed tests Wednesday, bringing to nine the number of players infected. The competition, the first for MLS teams since March 8, is scheduled to start July 8. FC Dallas plays its first game July 9, although Binney doesn’t see that happening.