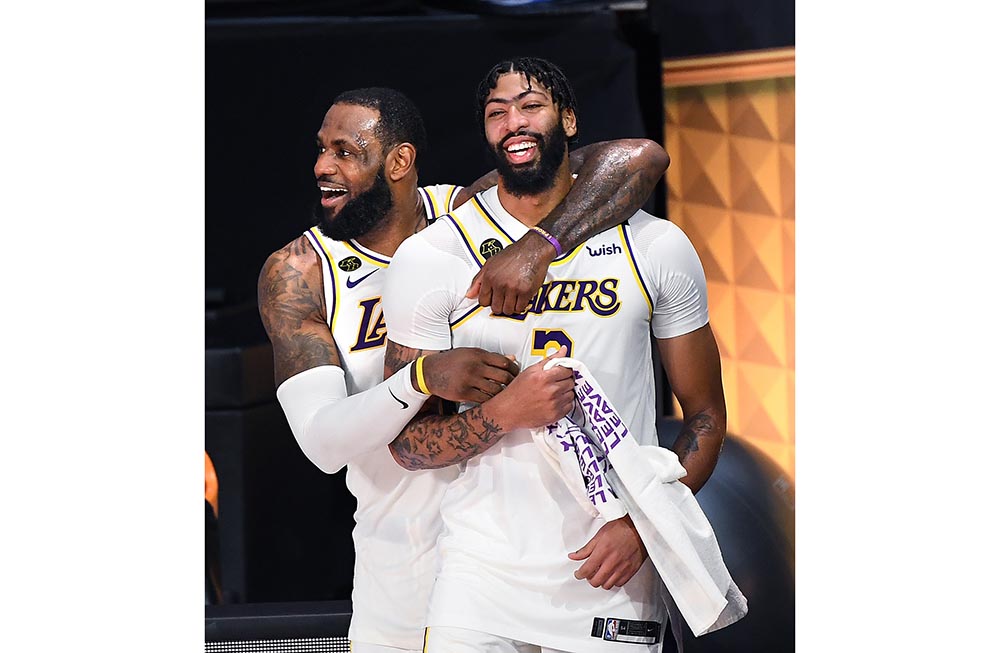 While the burden on a defending NBA champion his heavy, the Los Angeles Lakers have retooled and are again the odds-on favorite to retain their basketball title. LeBron James and Anthony Davis are two big reasons why.

Los Angeles Lakers LeBron James, left, and Anthony Davis celebrate in the closing seconds against the Miami Heat as the Lakers win the NBA Championship in Game 6 of the 2020 NBA Finals. Photo by Wally Skalij / Los Angeles Times / TNS

The championship rings that the Lakers will receive on opening night Tuesday are a token of what the team accomplished last season during an NBA season unlike any other.

Though the ceremony will be a reminder about the Lakers’ past, there’s symbolism in them receiving their rings on the season’s first night. It’s a reminder to the other 29 teams in the league whom they’re fighting in the season to come.

The burden can be heavy for the champion. Only a dozen teams have been able to successfully defend the crown since the 1968-69 season, when the Boston Celtics’ dynasty was temporarily derailed.