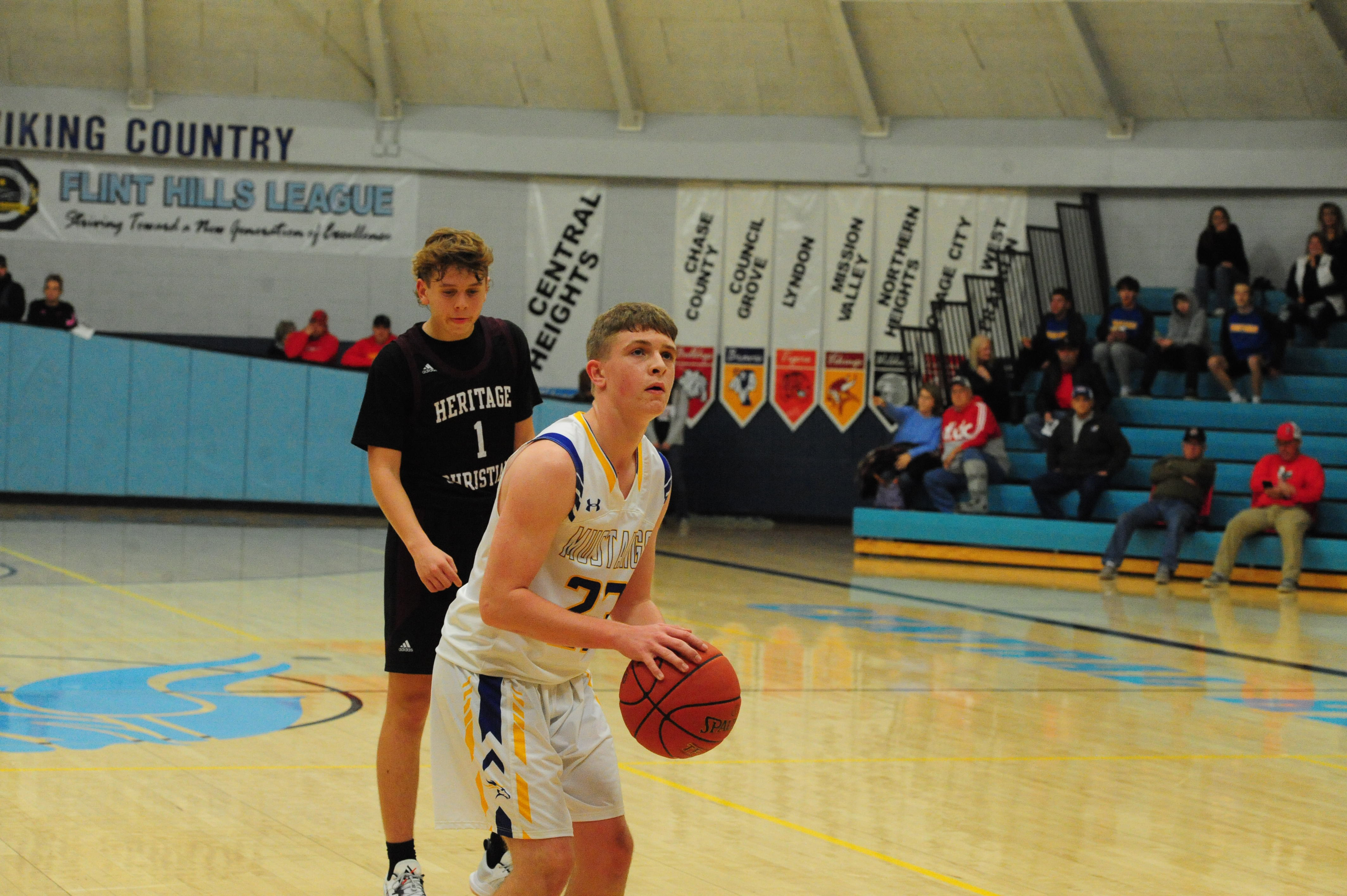 Despite keeping the game close in the first quarter, the Mustangs slowly faded away in their first-round game of the Ike Cearfoss tournament at Central Heights in Richmond.

IHS started physically, diving for baskets and attacking the lane. Tyler Boeken led the offensive charge for the Mustangs. Boeken pulled up from the free-throw line and drained shots. Boeken scored seven of IHS’ nine points in the first quarter. Momentum felt like it was shifting in IHS’ favor when Sam Fager scored a bucket in transition towards the end of the quarter. IHS trailed 12-9 at the end of the quarter.