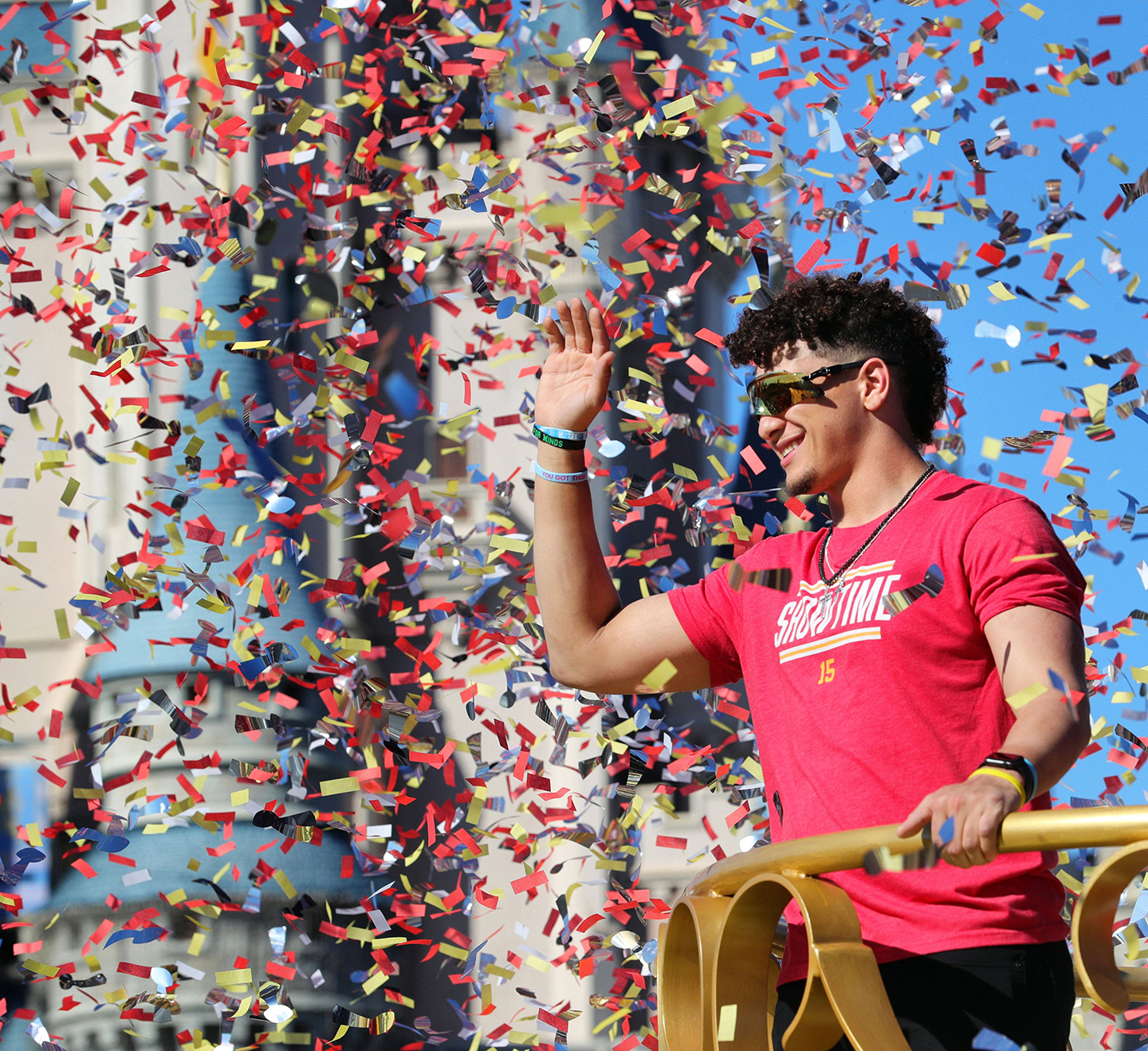 The Super Bowl champions, Kansas City Chiefs, will carry the Lombardi trophy in the Kansas City streets on Wednesday.

Under a shower of confetti, Kansas City Chiefs quarterback Patrick Mahomes responds to cheering fans with Mickey Mouse during a parade at the Magic Kingdom. Photo by Joe Burbank/Orlando Sentinel/TNS

Coach Andy Reid, carrying the Super Bowl trophy, led the team off its plane Monday afternoon before they boarded a bus caravan to return to Arrowhead Stadium. Fans were discouraged from meeting the Chiefs at the airport. Quarterback Patrick Mahomes was not with his teammates because he flew to Disney World in Orlando, Florida, to lead a Super Bowl celebration parade as part of his duties as MVP.

A parade through downtown Kansas City, Missouri, is set for 11:30 a.m. Wednesday, followed by a rally at Union Station. Several schools in the area canceled Wednesday’s classes, and the Kansas Legislature canceled that day’s session. Officials announced the celebration Sunday night, shortly after the Chiefs defeated San Francisco 31-20.

Sports
Mahomes, lord of the rings
Sports
Gregorian: Chiefs’ parade a long time coming, but will they be back next year?
Sports
Reid says the Chiefs will be back during team’s parade
State News
Worth the wait