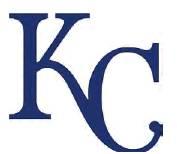 DETROIT (AP)  This time, the Kansas City Royals had enough hitting and pitching.

Ian Kennedy pitched three-run ball into the eighth inning, and the Royals stopped a five-game slide by holding off the Detroit Tigers for a 4-3 win on Friday night.

Alex Gordon had three hits for the Royals, who hit four homers in 11-8 loss in the series opener. Rosell Herrera had two hits and drove in a run.