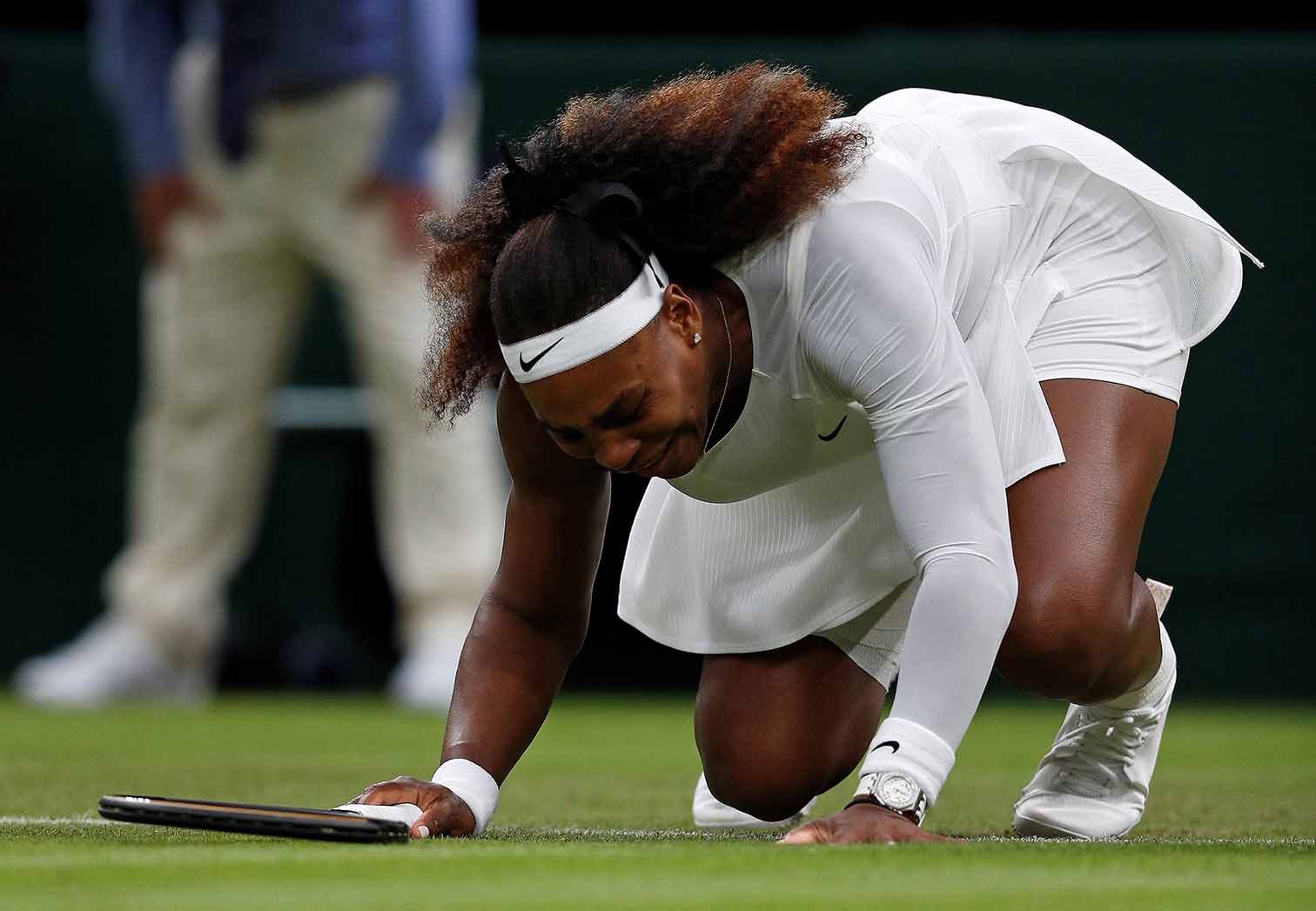 Serena Williams described being 'heartbroken' after an injury forced her early withdrawal from Wimbledon.

A leg injury brings Serena Williams to her knees before withdrawing from her women's singles first-round match against Belarus's Aliaksandra Sasnovich on the second day of the Wimbledon Championships at The All England Tennis Club in London, on Tuesday, June 29, 2021. (Adrian Dennis/AFP/Getty Images/TNS)

WIMBLEDON, England (AP) — Serena Williams bit her upper lip. She held her left hand over her mouth and tried to hold back tears while getting ready to serve.

It was the first set of her first-round match Tuesday at Wimbledon, and Williams knew this stay at a tournament where she has won seven of her 23 Grand Slam singles titles was about to end because she hurt her right leg when she lost her footing behind a baseline.

Moments later, her legs buckled as she tried to change directions to chase a shot by her opponent, 100th-ranked Aliaksandra Sasnovich of Belarus. Williams dropped to her knees, her head down on the grass. She used her racket to help her stand, but only so she could limp to the net to concede — just the second mid-match retirement at any Grand Slam tournament of her career and first since 1998.