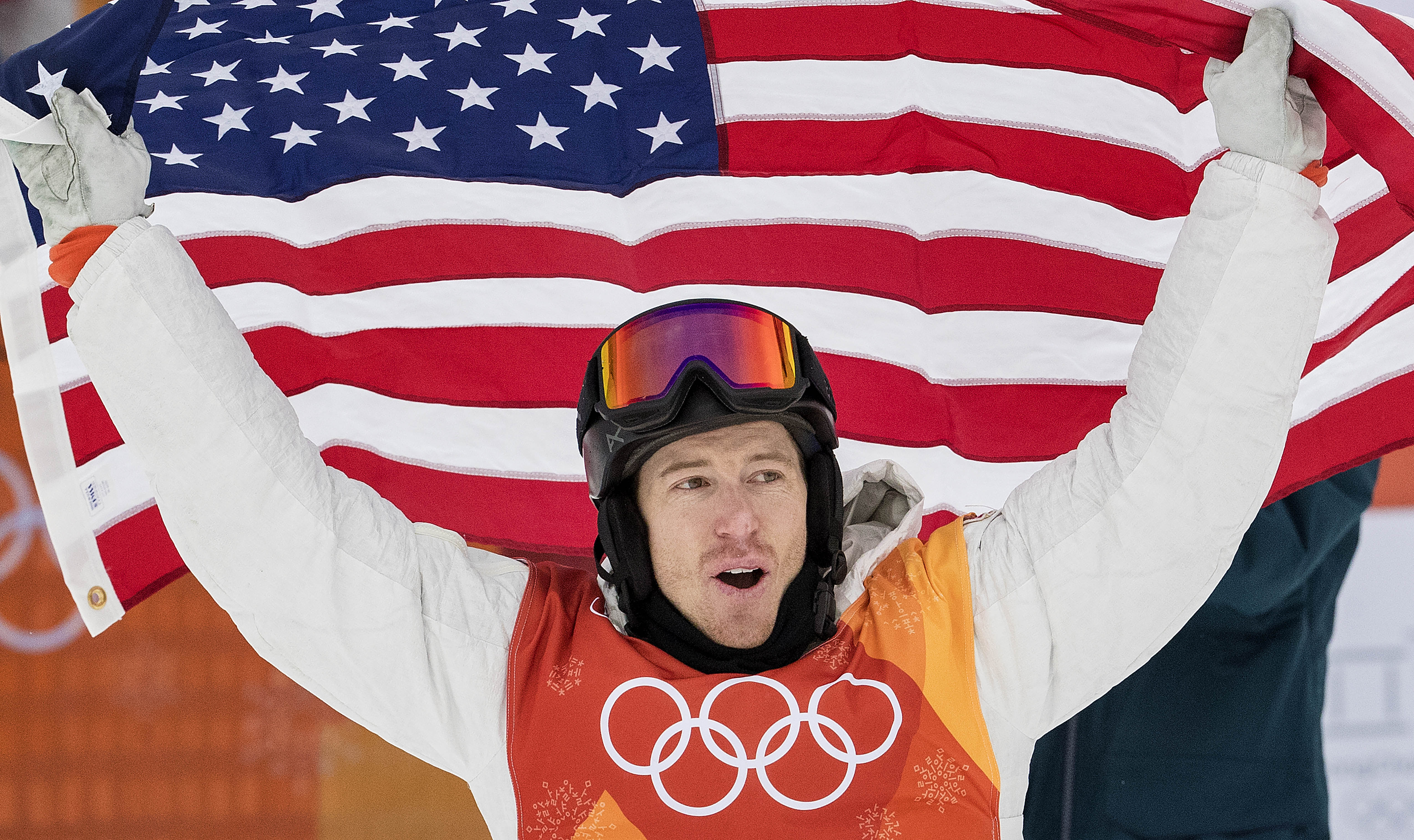 Shaun White will compete in his fifth Olympics after qualifying for the finals in a contest in Switzerland. A fellow American failed to qualify. White has four Olympic gold medals in Snowboarding.

Shaun White reacts after winning the gold medal in the Men's Half Pipe Snowboard finals at Phoenix Park on February 14, 2018, during the Pyeongchang Winter Olympics. (Carlos Gonzalez/Minneapolis Star Tribune/TNS) Photo by TNS

LAAX, Switzerland (AP) — Shaun White all but wrapped up a spot in his fifth Olympics on Thursday when he qualified for the finals of a contest in Switzerland and his nearest American pursuer failed to move on.

White finished fifth in the qualifying round, while Chase Blackwell failed to make it to Saturday’s 12-man final.

It means White, who came into the event as the fourth-ranked American in the World Snowboard Points List, cannot fall further down in that ranking, while Blackwell, who was fifth, cannot move up. The U.S. has four spots on the men’s halfpipe team and is expected to use those rankings to fill out the last three spots.