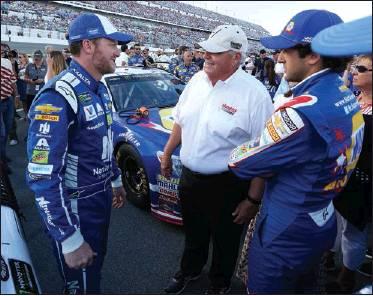 Who is going to fill Dale Earnhardt Jr.s shoes for NASCAR?

KANSAS CITY, Mo.  Dale Earnhardt Jr. has been a dominant figure in NASCAR during the last 15 seasons.

He wasnt the winningest driver, but every year since 2003 he was chosen as the sanctioning bodys Most Popular Driver.

Best known to most auto racing fans as Junior, his retirement after last season left a massive void in the sport and in fans hearts ahead of the Monster Energy NASCAR Cup Series KC Masterpiece 400 on Saturday at Kansas Speedway.