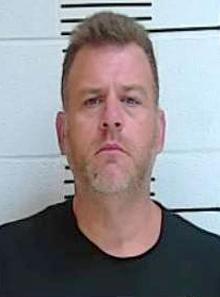 HUMBOLDT  Humboldt Police Chief Brian Dillow was arrested by Allen County sheriff s deputies Wednesday, after the deputies were called to a suspected domestic dispute in the 1300 block of Central Street in Humboldt.

Sheriff Bryan Murphy said an investigation conducted at the scene led deputies to determine there was probable cause a crime had occurred.

Because Kansas law mandates an arrest in such instances, Dillow was arrested for suspicion of domestic battery and criminal damage to property, Murphy said.