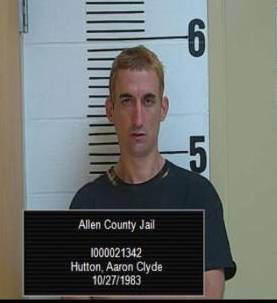 In a surprise turn of events, Iola robbery suspect Aaron Hutton turned himself in at 7:50 a.m. this morning at the Iola Police Department.

Hutton, 35, had tried to change his appearance by cutting and dying his hair and had recently shaved. Allen County Sheriff Bryan Murphy said the suspect did not appear hungry, despite being on the run since Aug. 22.

You just never know whats going to happen on any given day, Iola police chief Jared Warner said. We dont know if it was one of those instances where he maybe talked to someone, who talked him into turning himself in.