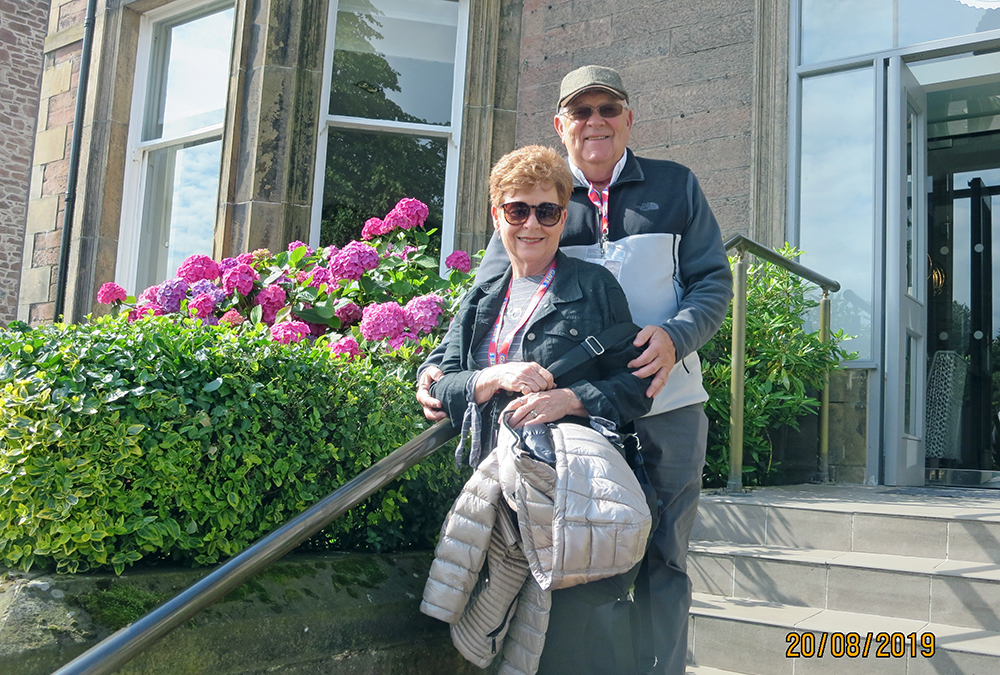 Many elderly residents have opted to stay home amid the COVID-19 pandemic. Several shared their hopes and fears with the Register.

“I don’t want anyone to think I’m expendable just for the sake of the economy,” Ken McGuffin half-heartedly joked Thursday afternoon.

With each passing day, McGuffin’s remark takes on a grimmer tone.

As of Friday, the number of COVID-19 cases in the United States exceeded that of China, with the numbers multiplying. In one week, Michigan’s cases have increased tenfold, from 350 to more than 3,000, exposing the danger that the more rapidly the virus spreads, the sooner hospitals are overwhelmed.

Because the elderly have the least resistance against the virus, they’re particularly concerned.

McGuffin hopes that remarks that the lives of the elderly may need to be sacrificed so that the wheels of industry resume in an expedient manner are not widely supported.

“I worry that Americans are getting so tired of hearing about the virus that they will be easily swayed not to follow the advice of experts. Everybody wants to get back to normal, but not at the price of human life.”

“Perhaps as someone who’s older, it’s easier to take things in stride,” he said. “This will pass. I am prepared to endure the inconveniences asked of us.”

McGuffin and his wife, Kit, are both 76.

“We’re trying to be good,” he said, by following the advice of staying away from friends and large groups.

McGuffin recalled the scourge of polio when it swept the country back in the 1950s.

“That was a scary feeling, not knowing who would be struck,” he said.

But in his mind, today’s COVID-19 is even worse.

“I never thought I’d see something like this,” he said.

RICHARD CHASE, age 88, misses attending church, is watching too much TV, and “doing my best to do what I’m supposed to do,” to wait out the virus’s path.

His one exception is working out at a local gym several times a week.

“That’s what helps keep my sanity — what’s left of it,” he said.

Chase said he’s been unable to watch his church’s Sunday service that is streamed live over YouTube.

DONNA HOUSER is keeping busy using the downtime by sewing and culling through old photos.

“I’ve sewn three sets of curtains and one bed ruffle,” she said.

An avid historian, Houser said she’s been looking through hundreds of photographs gifted to the local historical society from the family of the late C.E. Russell, a prominent businessman in the 1930s. She’s also using the time to read, suggesting K.A. Tucker’s “A Simple Wild,” is a must-read.

“It’s a book that will make you smile,” she said.

As for having her daily routine altered by the coronavirus, Houser said that at age 82, “Nothing bothers me. I’m from the generation that used the Sears catalog as toilet paper.”

CAROLINE CLUBINE, age 78, said the COVID-19 restrictions have “slowed me down, slower than I was.”

“They shut my therapy down,” she said.

For the last six weeks Clubine had been receiving physical therapy for a torn meniscus suffered from a fall. But last week, the hospital ceased providing therapy.

Clubine said she was making good progress, having moved from a walker to using a cane.

“I need to get outside, but I’m afraid. The ground is too uneven,” she said.

Clubine is weathering the viral storm by keeping in contact with her daughter, Debbie Bearden, who calls on a daily basis.

Growing up on a farm has helped Clubine prepare for the self-quarantine, she said.

“We were always pretty self-sufficient. Our cattle provided us with milk and beef. And we always had provisions stored away,” she said growing up in Montgomery County. “Even now, I have a good stock on hand.”

Clubine said she appreciates G&W Foods’ delivery service, of which she took advantage for the first time last week.

“I miss church,” she said, echoing the sentiment of many seniors. Lacking a computer, Clubine said she’s unable to watch its Sunday services streamed over the Internet.

The current health scare brings back memories of polio, before a vaccine was discovered.

“I just remember my parents saying ‘Don’t eat bananas!’” she said, unable to recall the possible connection between the two.

FOR PAUL ZIRJACKS, age 84, the hospital’s closing of its cafeteria to the public means he’s missing his one hot meal a day.

A widower, Zirjacks relied on the hospital not only for its “good cooking,” but also as a source of hospitality.

“That was my main meal of the day. They cut me off,” he said, though adding he understands the necessity.

Zirjacks contends the United States “got caught with its pants down,” when the COVID-19 pandemic arrived.

“Experts have been telling us for years to prepare for such a thing. But we never did. Even when the virus was engulfing China, we did nothing.”

Though Zirjacks said he’s not anxious about contracting the virus, he resents the attitude that the elderly are an undue burden on the health system.

Zirjacks said he resents the mixed messages as to how soon the country will be able to recover from the coronavirus.

“The timeline for this will be determined by the virus, not by wishful thinking,” Zirjacks said.

As for the economic effect, Zirjacks surmises “It will take a long time to blow over. We haven’t felt the worst yet.”

Zirjacks yearns for better leadership for how to address the fallout from the pandemic.

“It feels like we’re out of control. It’s like a house is on fire and firefighters are arguing about which hose to use.”

“Now we get up and don’t know what day it is,” Heard said of their unstructured schedules.

“I used to consult a calendar for meetings, appointments and bridge games. Now there’s nothing,” she said.

Mary Kay is 76 and Dave, 77. The pair were longtime owners of Western Auto.

“Hunkering down isn’t so hard. I try to put it in perspective,” she said, recalling tales of heroines such as Anne Frank who stowed away in attics or cellars, hiding from the Nazis during World War II.

“I can hear Mary Ann’s voice in my head,” she said, referring to Mary Ann Regehr, a longtime yoga instructor.

Heard said she’s never experienced anything like this pandemic, but takes comfort knowing “the smartest people in the world are working on its cure.”