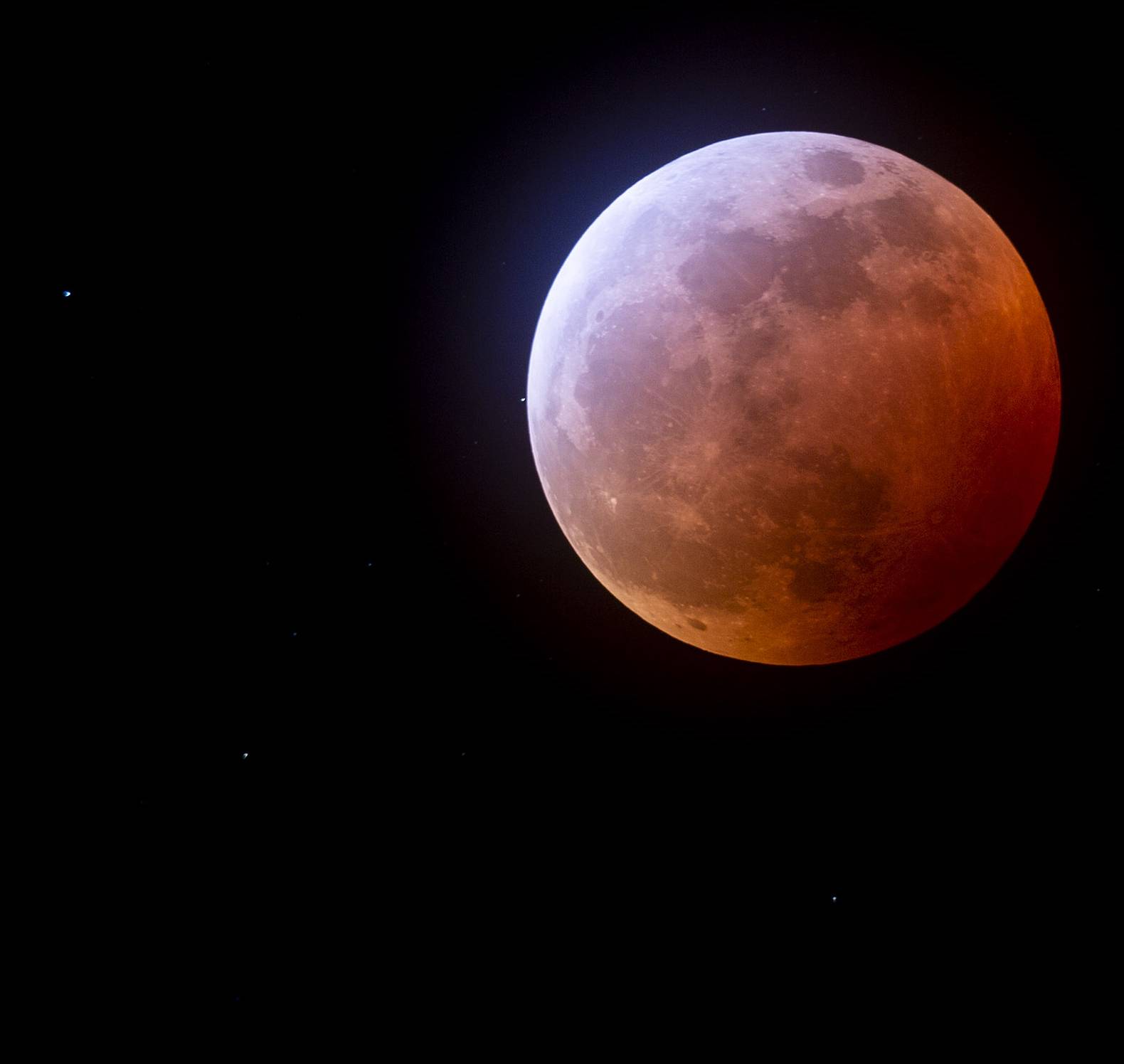 Mike Myer, an accomplished astronomer and photographer, snapped this spectacular shot shortly before midnight Sunday of a lunar eclipse.

Sunday nights lunar eclipse  dubbed a super blood wolf moon  gave the moon a reddish hue as it slipped in the earths shadow, giving folks a pristine show. Some high clouds partially obscured the early portions of the eclipse, but they cleared away for totality. Humboldts Mike Myer, an accomplished astronomer and photographer, snapped this spectacular shot shortly before midnight, with several stars visible next to the otherwise full moon. The next total lunar eclipse will occur in May 2021.