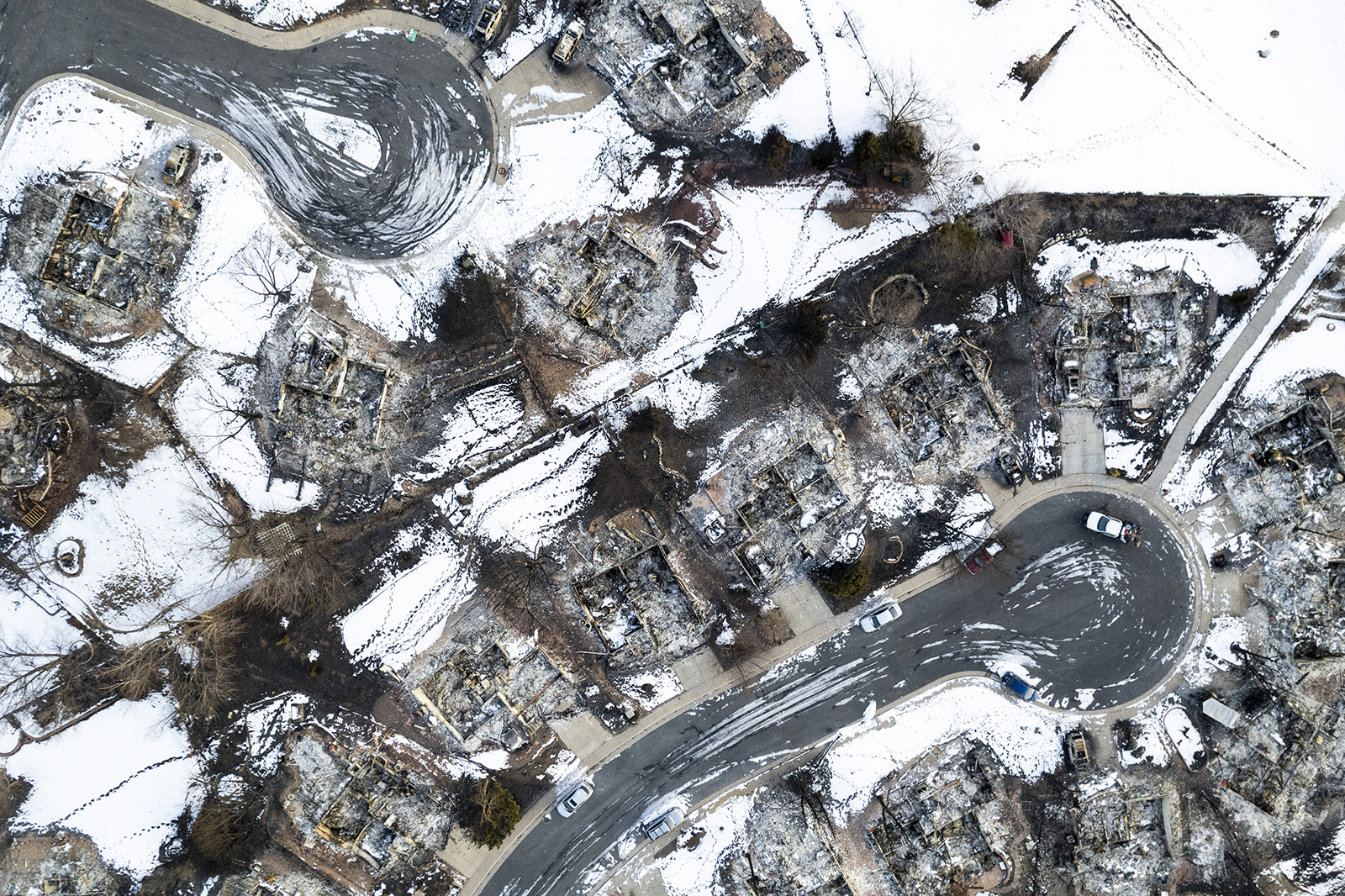 The ferocious wildfires that hammered a pair of Denver suburbs killed 85 people, but officials noted the toll could have been much higher, were it not for several factors, including quick access to roads to flee.

In this aerial view, burned homes sit in a neighborhood decimated by the Marshall Fire Tuesday in Louisville, Colorado. Photo by (Michael Ciaglo/Getty Images/TNS)

DENVER (AP) — A late-season wildfire pushed by hurricane-force winds tore through two densely populated Denver suburbs and seemed destined to leave a trail of deaths. Yet, only two people are unaccounted for out of some 35,000 forced from their homes.

It’s a remarkably low number of possible casualties, according to disaster experts and authorities, all the more so because a public alert system did not reach everyone and the wintertime blaze caught many people off-guard.

Several factors broke in favor of the evacuees: The blaze came during daylight and over the holidays when many were at home, in mostly affluent neighborhoods where most people have easy access to vehicles.