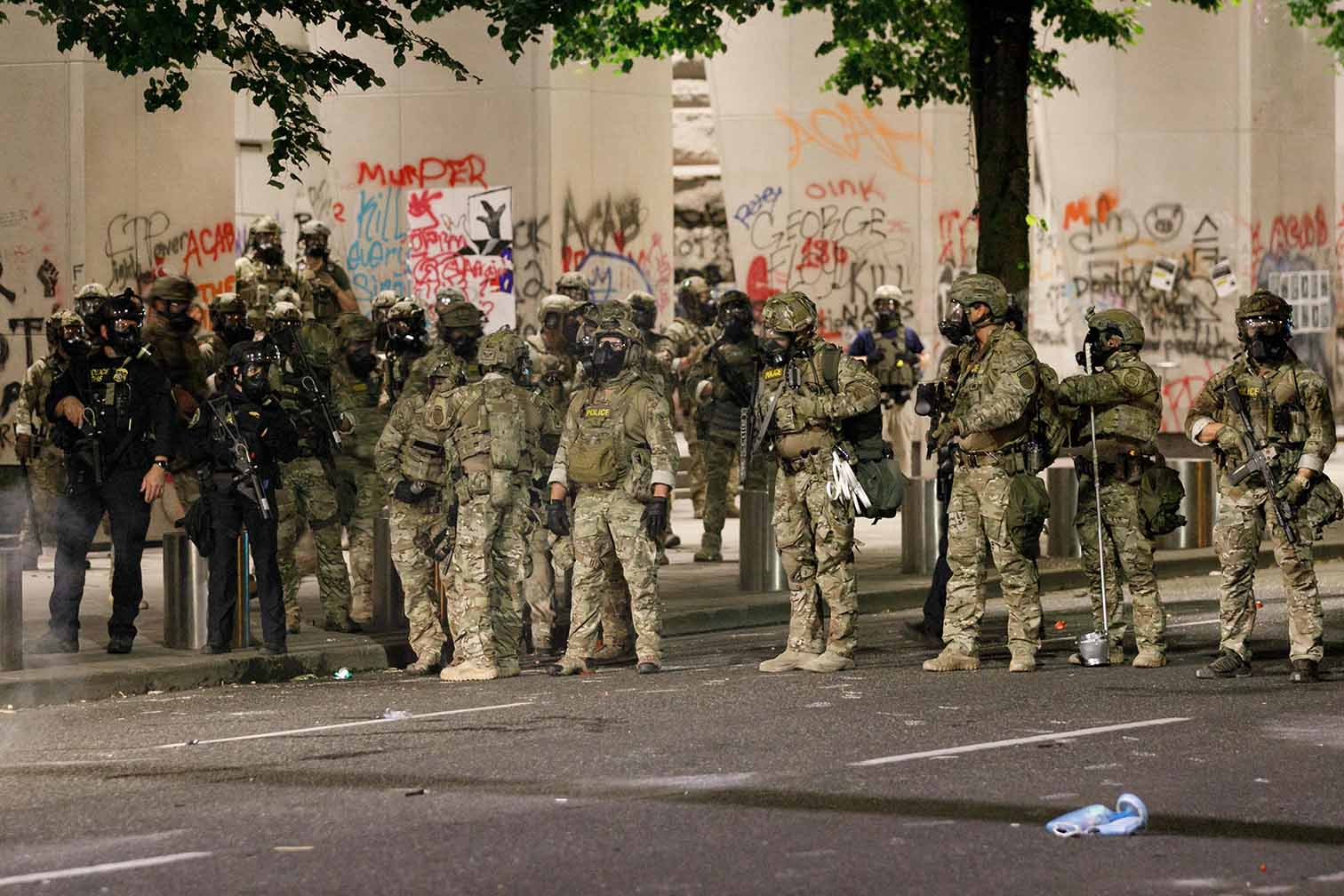 President's actions to clear protestors without local consent could set up a constitutional crisis.

By GILLIAN FLACCUS, THE ASSOCIATED PRESS

PORTLAND, Ore. (AP) — Federal officers’ actions at protests in Oregon’s largest city, hailed by President Donald Trump but done without local consent, are raising the prospect of a constitutional crisis — one that could escalate as weeks of demonstrations find renewed focus in clashes with camouflaged, unidentified agents outside Portland’s U.S. courthouse.

Demonstrators crowded in front of the U.S. federal courthouse and the city’s Justice Center late Monday night, before authorities cleared them out as the loud sound and light of flash bang grenades filled the sky.

State and local authorities, who didn’t ask for federal help, are awaiting a ruling in a lawsuit filed late last week. State Attorney General Ellen Rosenblum said in court papers that masked federal officers have arrested people on the street, far from the courthouse, with no probable cause and whisked them away in unmarked cars.