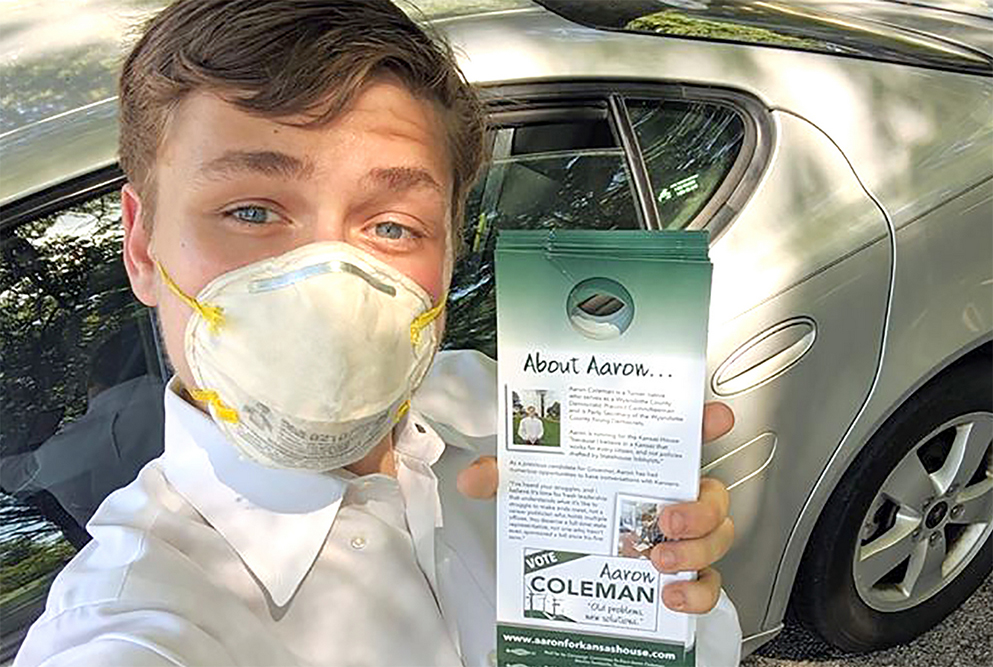 State Rep. Aaron Coleman has been asked to resign his seat after being charged with domestic battery over a weekend incident involving his brother. Coleman's brief political career already has been a lightning rod for controversy.

TOPEKA, Kan. (AP) — Six women in the Kansas House and a former female member are calling on a male lawmaker to resign after being charged with domestic battery and ordered to undergo a mental health evaluation.

The seven Democrats calling for freshman Democratic state Rep. Aaron Coleman of Kansas City to step down also called on him to resign in December 2020, before he took office.

Coleman, 21, faces the domestic battery charge in Johnson County over a Saturday night disturbance involving his brother at his grandfather’s home. Coleman’s attorney entered a not guilty plea for him Monday.