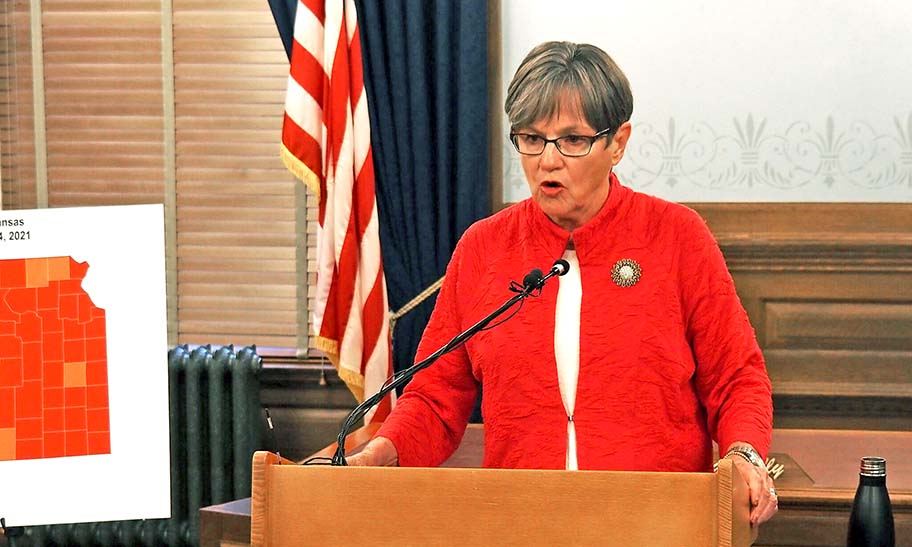 No COVID test for Gov. Kelly after lawmaker is positive

Kansas Gov. Laura Kelly said she hadn't been in close contact with lawmaker who attended one of her events and tested positive for COVID-19.

TOPEKA, Kan. (AP) — Kansas Gov. Laura Kelly dropped plans to take a rapid COVID-19 test Wednesday even though a state lawmaker who attended one of her public events tested positive.

Kelly’s office issued a statement Wednesday afternoon saying that she received medical advice that a test wasn’t necessary because she wasn’t showing any symptoms and had not been in close contact with the infected lawmaker, Democratic state Rep. John Alcala, of Topeka.

Kelly spokesperson Sam Coleman had said earlier that the governor had decided to get tested upon learning that Alcala had tested positive after attending a Kelly news conference Monday at a north Topeka grocery. Kelly announced a proposal for eliminating the state’s sales tax on food.