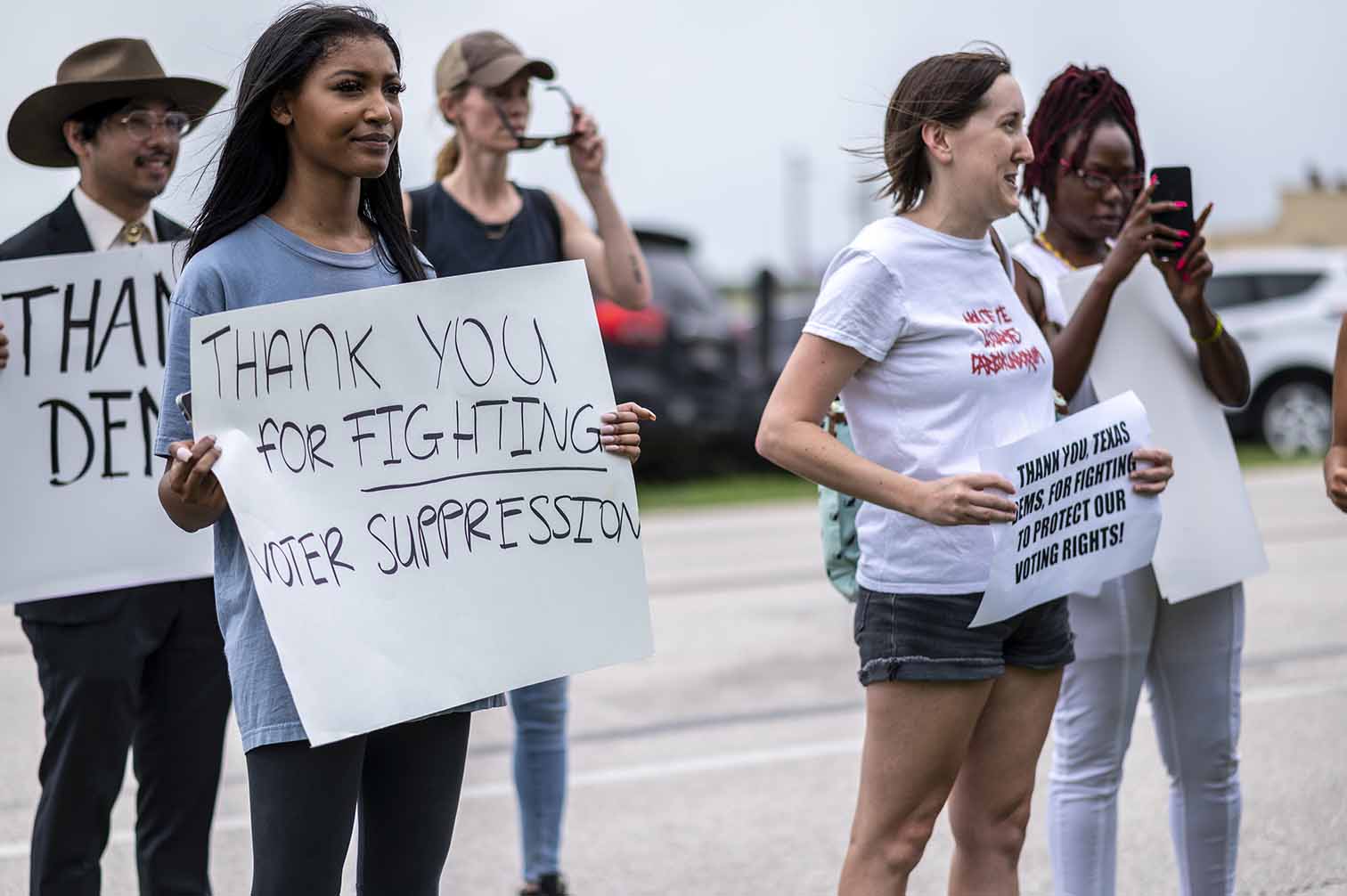 Texas Democrats dig in after exodus

Supporters for Texas Democrats stand outside the Austin Bergstrom International Airport on Monday, July 12, 2021 in Austin, Texas. Texas Democrats fled the state to prevent a quorum after protesting SB7, a voting protection bill that Democrats have criticized as being too restrictive. (Sergio Flores/Getty Images/TNS)

Speaking to reporters outside the Capitol, the Democrats were realistic about the limits of their gambit, noting they can hold up the GOP-backed proposals at home for only so long and arguing that only federal legislation would prevent some of the new restrictions from becoming law. In Austin, House Republicans authorized state troopers to find and corral missing legislators, while a depleted but still-working state Senate passed new voting restrictions in a show of GOP resolve.

“We can’t hold this tide back forever. We’re buying some time. We need Congress and all of our federal leaders to use that time wisely,” Democratic state Rep. Chris Turner said, gathered with his fellow quorum-breakers outside the U.S. Capitol.