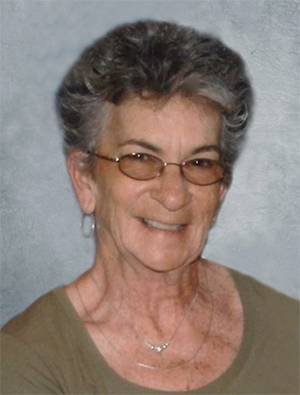 Carol graduated from Iola High School in 1963. Shortly after graduating high school, she married Donald Porter in Iola. For many years Donald and Carol moved to different places, and Carol worked various jobs throughout this time. A significant moment in their lives was spent in South Carolina while Donald was stationed there during his time in the Air Force. That was one of the happiest times of Carols life. After they returned to Kansas she held numerous jobs in the Iola area until she was hired at Gates Rubber Company. While working at Gates she earned her Bachelor of Science Degree in Human Resource Management from Friends University in 1989. She retired from Gates after 30 years of service, becoming the first female manager at Gates.

Carol loved to shop for antiques. She was a faithful attendant of the Humboldt Speedway. Carol loved to go to the casinos. She was an avid KU basketball fan. One of her favorite things to do was to attend rodeos and watch bull riding. Carol loved to read books, sometimes reading a book a week. Carol and Donald loved to attend the dances in Piqua, Kansas.

Carol was preceded in death by her husband, Donald; parents; and one sister Barbara Wille.

A visitation will be from 6 to 8 p.m. Friday in The Venue at Feuerborn Family Funeral Service, 1883 US Highway 54, Iola. Funeral services will be at 10 a.m., Saturday.  Burial will follow in the LaHarpe Cemetery, LaHarpe.