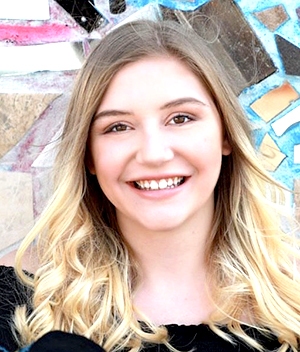 Most college athletes endure multiple practices a day and balance coursework at the same time. Even with this, outside eyes may see them as party animals, or “rambunctious” and “irresponsible.”

Most do not see the work these students put in behind the scenes.

Here at Allen Community College, students who participate in athletics are held to a higher level than most, serving as athletic role models but also as academic leaders.

The athletes are happy to assume that mantle.

Here are three such athletes:

GABRIELA DOMÍNGUEZ is volleyball player and a sophomore at Allen. Domínguez takes 18 credit hours while having a full athletic schedule. She starts class at eight, and her day is often not over until six.

After taking time to talk to friends and family, Gabriela begins her schoolwork. She always does her schoolwork in the evening because she doesn’t want to be hurried and tired after practicing all day.

“I think student athletes have more pressure to have great grades because if not, we can lose our scholarship or we won’t play,” Domínguez said. “We have to be good students to be able to do what we love.”

SONDRA PRIEST is a freshman at Allen and a pre-nursing major. She attends practice five days a week and takes 15 credits on top of her activities. She is in class every day of the week by 8 a.m. She spends two hours each day in scheduled practice, not getting back to her dorm until 6:30 most evenings. After a long day of school and cheer, it would be the time to relax and socialize, right? Not for Priest. She and her two roommates, who are also on the cheer and dance team, then tackle their homework assignments until late into the night.

“Academics are more important to me because I came to college to pursue an education,” said Priest. “I would not have my scholarship if I did not keep my grades up.”

SEAN DIXON is a “super sophomore” here at Allen, meaning he’s been here for three years. Dixon is a track and field athlete, with practices three days a week. He balances 14 credit hours on top of sports. Dixon spends most mornings in class, with a short break for lunch after which  he heads to practice until five. He spends the rest of his night working on homework.

“I feel like sometimes I will get too caught up in either one,” Dixon said. “Either I am doing homework and practicing hard and forgetting to text and call my family back home or I would get too caught up on social media and forget I have homework due. But most of the time I am able to balance it out.”

INSTRUCTORS at Allen also make sure students who are involved in extracurricular activities are being held responsible by sending out early student progress reports, which alert a student who’s falling behind in class. Most teams are also required to complete a set amount of study hall hours.

“I think that [the idea we are irresponsible] is something that student athletes have to prove wrong every way they go,” Domínguez said. “People think we only care about the sport and what others think, but our grades are more important. Without a good GPA you’re not going to play.”

Although the stereotype of college athletes as party animals persists, these three students have shown just a glimpse of the truth. Students are dedicated to their education here at Allen. Not only do teachers and coaches hold athletes responsible — so do the players.

About the author: Jailynn Goforth is a sophomore at ACC. A graduate of Humboldt High School, Jailynn participates in cheer, quiz bowl, and is the editor of The Allen Flame, the school’s student newspaper.