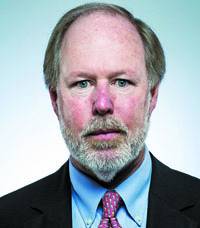 Not a blue wave; but still a rebuke

An ancient political adage holds that winning elections is about addition, not subtraction  that parties succeed by building the broadest coalitions they can. Donald Trump, who became president by defying the rules, tried to win Tuesdays congressional elections a different way: through division. It didnt work.

Trumpism finally met some limits, and the country is better for it. Not healed, not repaired  but better.

Democrats didnt quite get the blue wave they hoped for. They lost at least two seats in the Senate, which will remain solidly under Republican control. But they achieved their primary target: They regained control of the House of Representatives, ending the GOPs four-year hold on both houses of Congress. Now they can block whatever remains of Trumps legislative agenda. More important, they can open serious investigations into the presidents conduct. That will make the next two years a very different experience than the White House has enjoyed with a compliant Republican Congress.