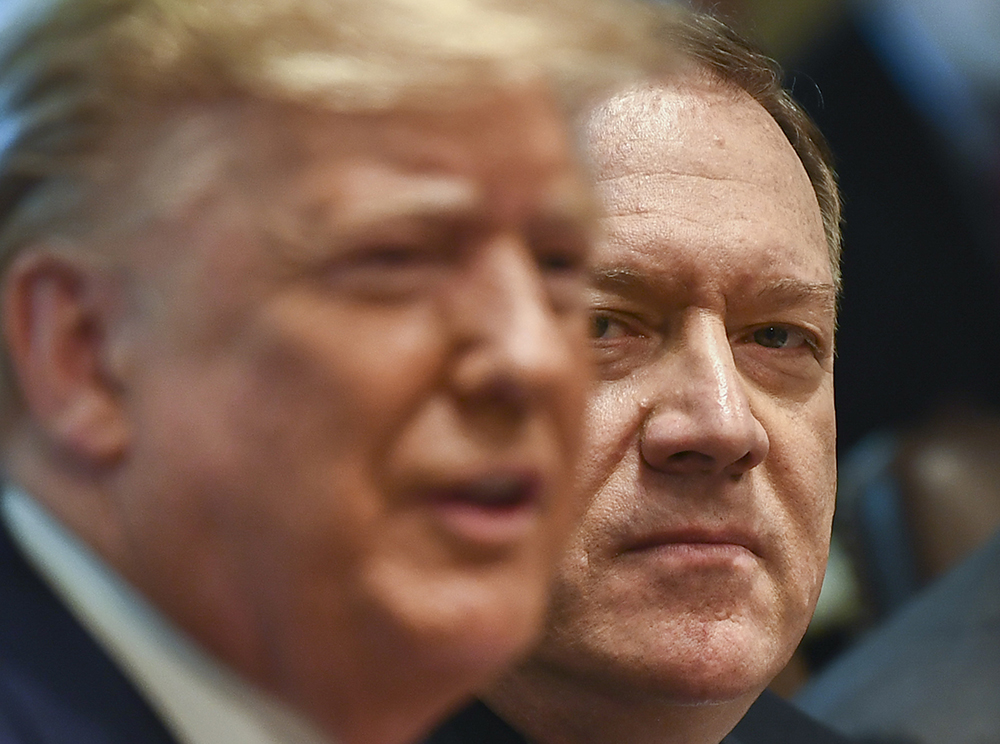 Mike Pompeo is pushing the conspiracy theory that COVID-19 is manmade, even though the intelligence and scientific communities contend it emanated from an outdoor market in Wuhan, China.

By promoting such rubbish, the secretary of state is going out on a limb for President Donald Trump, who is prone to unconventional theories such as the ability of ultraviolet rays or disinfectant and bleach to effectively treat COVID-19.

The first is useless. The second two are lethal.

Wary about being contrary, Gen. Mark Milley, chairman of the Joint Chiefs of Staff, would go only so far as to say, “the weight of evidence” has led him to believe the virus is  of natural origins and not released inadvertently.

U.S. partners in the Five Eyes intelligence network —  Australia, Canada, New Zealand, and the United Kingdom — say their resources indicate the outbreak originated at an outdoor market that unknowlingly had infected animals for sale.

Dr. Anthony Fauci, the nation’s leading infectious disease expert, has said he doesn’t believe the virus could have been “deliberately manipulated” to infect the public, and that science supports the transmission of viruses between species — say, from bats to pigs.

Pompeo stands by his story, claiming he has “enormous evidence” to support China’s malfeasance, but chafes when asked for proof.

THE TACK, of course, is to divert attention from the lack of a cohesive national response to the virus and make China the scapegoat for our inadequacies.

Moreover, today comes the news that New York City, not China, is the primary gateway for COVID-19 cases spreading across the U.S.

Ready to move on from the tiresome virus, the president on Tuesday said he would begin winding down the administration’s COVID-19 task force.

When health officials and state leaders expressed alarm and pointed out the death toll from the virus continues unabated, Mr. Trump backtracked, saying “I had no idea how popular the task force is.”