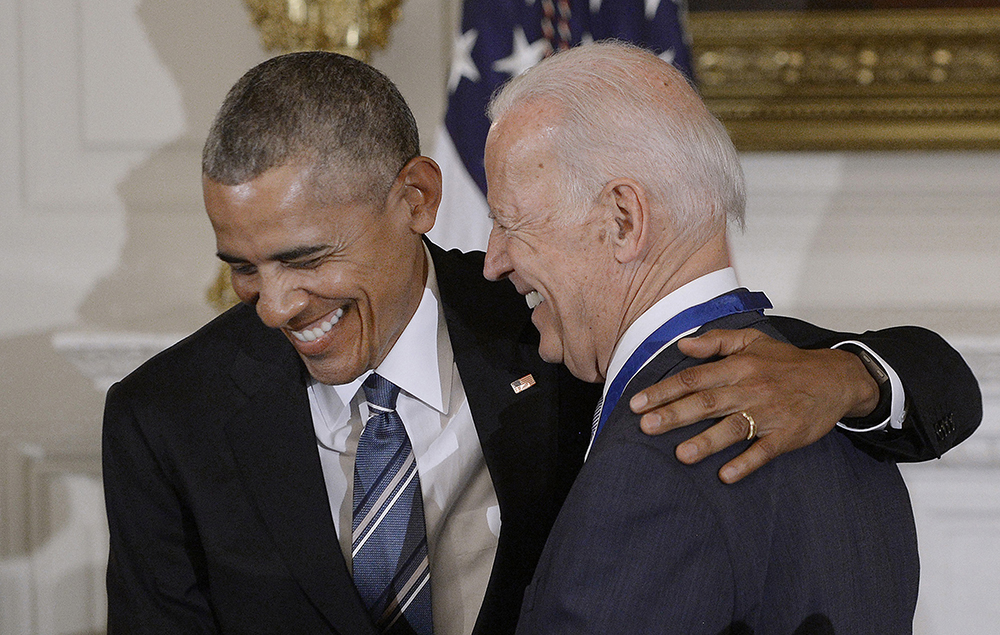 As Democrat Joe Biden considers a running mate, he'd do well to look back at the choices of previous candidates.

By THE LOS ANGELES TIMES

In January 2017, President Barack Obama jokes with Vice President Joe Biden. On Wednesday night, the former president said in his endorsement of Biden as the Democratic nominee: "When I began my search for a vice president, I didn't know I'd end up finding a brother." Photo by Olivier Douliery/Abaca Press/TNS

With the Democratic presidential nomination within his grasp, former Vice President Joe Biden must make a decision that presidential candidates always insist that they take seriously but often don’t: the selection of a running mate. Biden says he will soon announce members of a committee to screen potential candidates for that role.

We already know one thing about Biden’s choice: It will be a woman. That commitment still leaves Biden with an array of qualified potential partners, but, like every presidential candidate, he will be exhorted to consider attributes other than the two that should be uppermost in his mind: whether his pick would be qualified to assume the presidency at a moment’s notice and whether in that event she would continue the policies he championed.

Some will urge Biden to make a choice that would represent another olive branch to his defeated rival Bernie Sanders and Sanders’ passionate, often young, supporters. Others will advocate that he choose a running mate who would be likely to deliver voters in her home state, especially if it’s one that President  Donald Trump carried or ran well in four years ago.