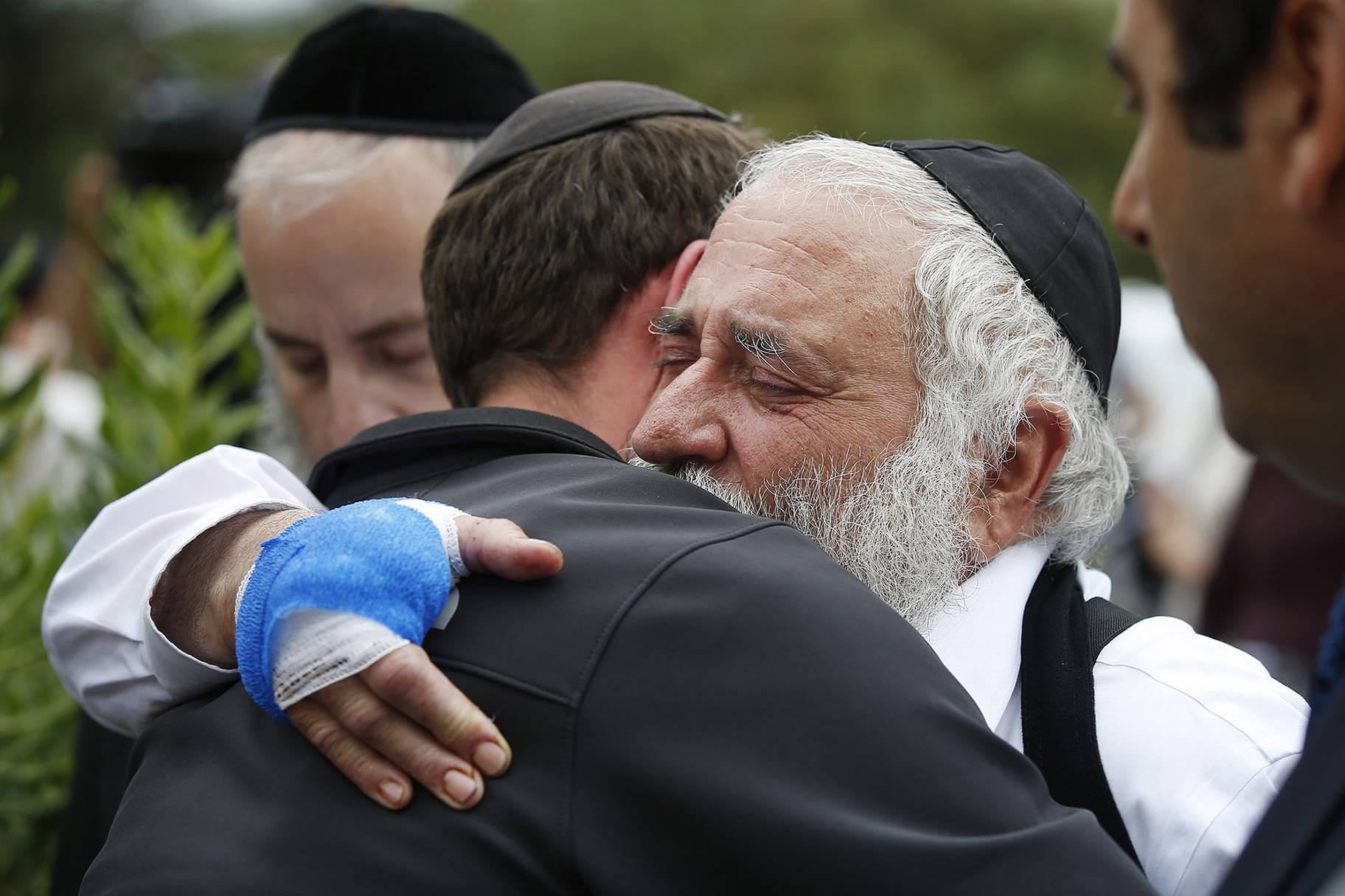 By THE LOS ANGELES TIMES

Rabbi Yisroel Goldstein hugs a member of the congregation of Chabad of Poway on Monday. K.C. Alfred/San Diego Union-Tribune/TNS

The timing, of course, was part of the intent. A gunman with a semiautomatic rifle walked into the Chabad of Poway synagogue during services Saturday morning and opened fire. It was the last day of Passover. At least one person was killed and three were wounded, while uncounted others have again been seared with mortal fear, all in the name of hate.

This is the second deadly synagogue attack in the United States in six months, following the shooting at the Tree of Life Synagogue in Pittsburgh in October. That was the deadliest anti-Semitic attack in U.S. history, leaving 11 people dead.

How can this be happening? What kind of shocking step backward is this?